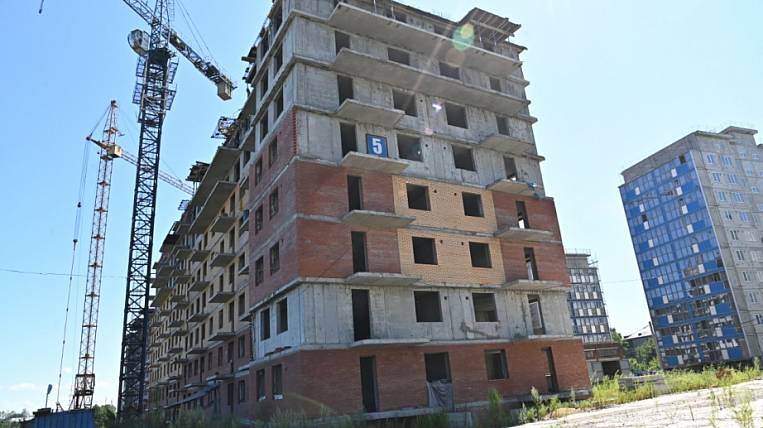 In autumn, money for eight long-term construction will be allocated to the Khabarovsk Territory. Applications for financing distressed houses have already been received by the federal Fund for defrauded real estate investors. A decision will be made to allocate funds within a month and a half.

According to the press service of the government of the Khabarovsk Territory, this was stated by the head of the fund Konstantin Timofeev at a meeting chaired by the Minister of Construction and Housing and Communal Services of the Russian Federation Vladimir Yakushev, which took place today in Khabarovsk.

According to Timofeev, the region can add several more to the existing eight applications. There are 43 objects in the register of problematic long-term construction projects in the Khabarovsk Territory; seven houses have been added to this list since the beginning of the year.

The meeting participants also discussed the implementation of the specialized federal project "Housing". Within its framework, by 2024 it is planned to increase the construction of economy-class houses by 20%. The Khabarovsk Territory also submitted an application for participation in this project.

Last year it was reported that troubled houses for equity holders in the Khabarovsk Territory will be completed by 2020... The regional authorities intend to do this at the expense of investors and the creation of a special non-profit organization.

This year the construction of two problematic high-rise buildings was completed in Khabarovsk. Shareholders after several years of waiting will receive more than 50 apartments.

A criminal case was opened against a large developer in Buryatia