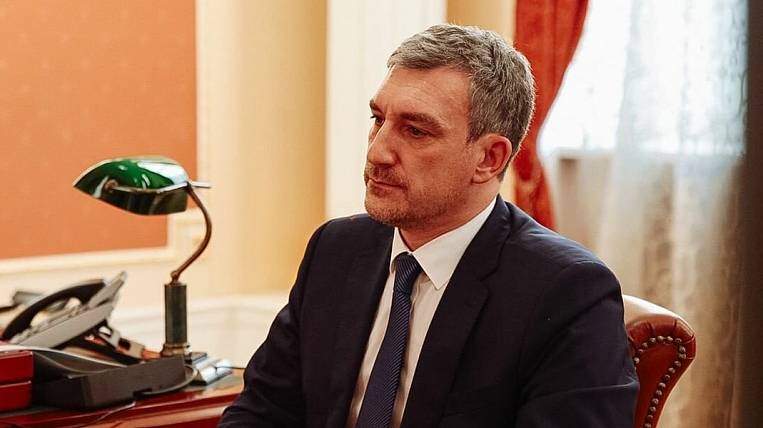 The Governor of the Amur Region, Vasily Orlov, proposed starting the construction of an oxygen plant at the Vostochny cosmodrome a year earlier - in 2022. The region is experiencing a shortage of medical oxygen for the needs of coronavirus patients.

Vasily Orlov reported this to the head of the Russian government, Mikhail Mishustin, at a meeting of the presidium of the coordinating council for combating COVID-19.

“Theoretically, it is possible to move the start of construction of an oxygen plant on Vostochny one year earlier and start it in 2022. This would make it possible to solve not only the oxygen health problems of the Amur Region, but also the neighboring subjects of the Russian Federation, ”said the head of the Amur Region.

Orlov added that the region's daily oxygen demand ranges from 9 to 13,5 tons. Liquid oxygen is delivered from the Khabarovsk Territory. However, often in the Far East, the weather makes its own adjustments to logistics. According to the governor, because of the snow cyclone, which has been raging for the third day, traffic on the federal highway in the Jewish Autonomous Region is blocked. In this regard, he asked to create a reserve in the amount of 15–20 tons of oxygen.

Vasily Orlov noted that 131 million rubles were allocated to the region for the purchase of four oxygen concentrators, one of which has already been contracted, and the delivery of three is expected in the first half of 2022.

In the Amur Region, there is an increase in the incidence of coronavirus, which is associated with the active circulation of the Delta strain.

“But at the same time, since last week, the growth rate has decreased by 10%, and the number of hospitalizations has also decreased - by 12%. In our opinion, this indicates the emerging stabilization of the epidemiological situation, ”he added.

Russian Railways sent not enough coal to the Eastern landfill