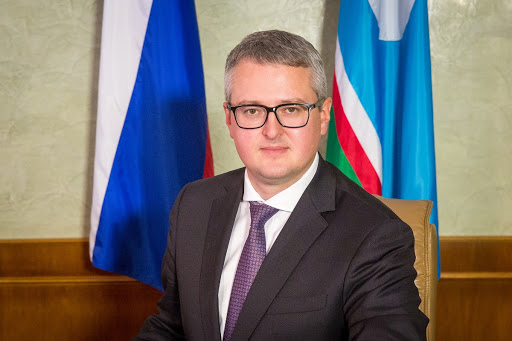 The appointment of Vladimir Solodov as acting governor of the Kamchatka Territory fits well with the tendency of the appointment of so-called "young technocrats" that has formed over the past 2-3 years. This opinion was expressed in an interview with EastRussia correspondent by a political scientist, vice-president of the Russian Association of Political Consultants Peter Bystrov.

The expert stressed that, like many other new leaders of the regions, Solodov is a graduate of the "governor's school" at the RANEPA. In addition, he became the second governor in the country to come from the Agency for Strategic Initiatives. “ASI is becoming a new“ forge of governor personnel, ”and this is obviously positively assessed by the President of Russia,” the political scientist said.

“It should be noted that as the chairman of the government of Yakutia, Solodov gained extensive experience in real management of the region's economy, and unlike other young technocrats, he has a good idea of ​​what it means to manage the economy at the level of a constituent entity of the federation, this is his big plus,” Bystrov said.

In addition, the expert noted that Yakutia and Kamchatka, with all their differences, have a common specificity due to the fact that they belong to the Far Eastern macro-region: “These subjects of the Far Eastern Federal District have similar problems - northern delivery, remoteness from the federal center, etc. And in this sense, the experience of Vladimir Solodov in Yakutia will certainly be in demand in Kamchatka. In addition, he has a positive experience of participation in the digitalization of the regional economy, and he will also come in handy in his new position: in the conditions typical for the regions of the Far Eastern Federal District, digitalization is one of the real ways to improve the efficiency of public administration and management of the economy as a whole, ”concluded political scientist.

Note that the previous governor of the Kamchatka Territory, Vladimir Ilyukhin, had experience of working in the Republic of Sakha (Yakutia). From 2008 to 2009, he worked as the chief federal inspector of the office of the plenipotentiary representative of the President of the Russian Federation in the Far Eastern Federal District in Yakutsk.
Tags: Vladimir Solodov Kamchatka Yakutia Governor
September 25: current information on coronavirus in the Far East
Digest of regional events and latest statistics
Related News: