Khabarovsk Krai 02:45 Rescuers continued to search for An-26 in the Khabarovsk Territory
22 September 2021
Khabarovsk Krai 15:15 Two versions of the accident with An-26 are being considered in Khabarovsk
More news
Media News2

Oppositionists staged a rally in Kamchatka 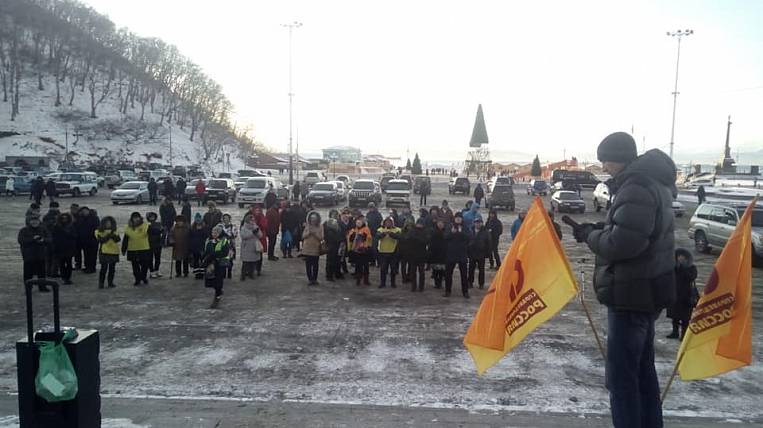 An opposition rally was held in Petropavlovsk-Kamchatsky on Lenin Square. According to its organizers, about 70 people took part in the action.

The rally was organized by social activists Alexander Zaitsev, Alexander Kamenyuk and Andrei Sargsyan. The reason was the victory in court, which declared illegal the refusal of the administration of Petropavlovsk to coordinate the holding of rallies in the city center.

"The main thing today is the very fact that the square has returned to the legal field of law in the status of a place where people can express their complaints to snickering officials and deputies from the EP, and the gradual steps of the united opposition in order to deprive bandits and embezzlers of a monopoly on power," stated on his page in Facebook Alexander Kamenyuk.