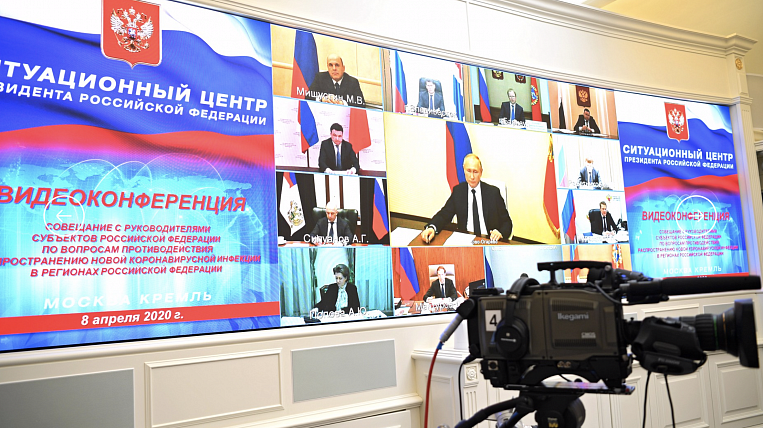 Photo: Kremlin.ru
The Governor of the Primorsky Territory Oleg Kozhemyako, during the meeting of the President of Russia with the heads of the regions, came up with an initiative to restrict the admission of foreign citizens to flights within the country.

“We propose to the Ministry of Transport from April 9 to temporarily prohibit the registration of foreign citizens traveling from Moscow or from other cities in transit through Vladivostok, otherwise we simply cannot cope with the flow of Chinese citizens,” Oleg Kozhemyako said.

According to the Governor of Primorye, the situation with transit passengers - citizens of the PRC - causes serious concern of citizens.

“I specially prepared a photo, you can see how they fly, in what suits in our planes. Of course, this causes certain social tension, ”Kozhemyako said.

In total, according to the governor, from April 29 to April 6, 1 Chinese citizens passed through Primorye. At the same time, already on the territory of China, 947 of them were diagnosed with conoravirus infection, which was the reason for the closure of border checkpoints by the Chinese side, including for its own citizens.