About 20 cars went under the ice in Vladivostok 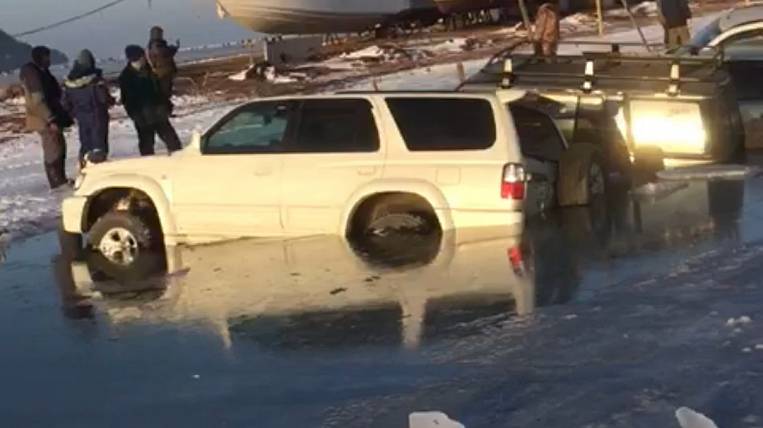 On the morning of Sunday, January 5, in Vladivostok on Russky Island in Voevoda Bay, about 20 parked cars partially left due to a failure along the coast under the ice. A dip about two meters deep formed five meters from the coast.

According to the press service of the regional GU EMERCOM of Russia, rescuers and police left for the place of failure. No one was hurt, the cars failed partially, several car owners went ashore on their own.

Rescuers recalled that it is now dangerous to go on ice, its thin layer is formed off the coast, in the area of ​​rapids and rapids, at the confluence of rivers or their confluence into the sea, on bends, bends, near frozen objects, underground sources, in places of discharge into water bodies warm waters. At the same time, the driver faces a warning or a fine of one thousand to three thousand rubles for going on ice.