News 16 2021 June
17:12 Catering will be exempt from paying taxes
16:33 Access to pornography in the Russian Federation was offered to be provided through state services
Khabarovsk Krai 16:03 Amur shipyard has orders until 2027


The Republic of Buryatia 15:36 Demand for COVID-19 vaccination has risen sharply in Buryatia
14:40 Worldwide car sales increased by a third
14:05 Companies will compensate for environmental damage from net profit
Amur Region 13:33 Mass sports events canceled due to COVID in the Amur region
13:04 They want to create a unified system for surveillance cameras in Russia


11:58 Over 4 years in Russia, the number of new companies has exceeded the number of closed ones
Trans-Baikal Territory 11:19 International conference on demography of the Far Eastern Federal District will be held in Chita
10:54 The maximum growth of infected with COVID in the Russian Federation is predicted at the end of June
Primorsky Krai 09:59 Governor of Primorye vaccinated against coronavirus
Primorsky Krai 09:56 Cashback will return to Primorye with profit


Kamchatka 09:30 About 3,6 thousand eggs destroyed in Kamchatka
Khabarovsk Krai 09:00 Sukhoi will develop an export aircraft together with the Ministry of Defense
The Republic of Sakha (Yakutia) 08:30 Searches are taking place in the municipal companies of Yakutsk
The Republic of Sakha (Yakutia) 08:05 Most of all will be allocated to fight fires in Yakutia
Irkutsk Region 07:35 Concerts will be canceled in the Irkutsk region due to coronavirus


Amur Region 07:10 The rise in the water level caused a cyclone in the Amur region
06:30 The Ministry for the Development of the Russian Far East proposed to subsidize flights to tourists in the Far Eastern Federal District
More news
Media News2 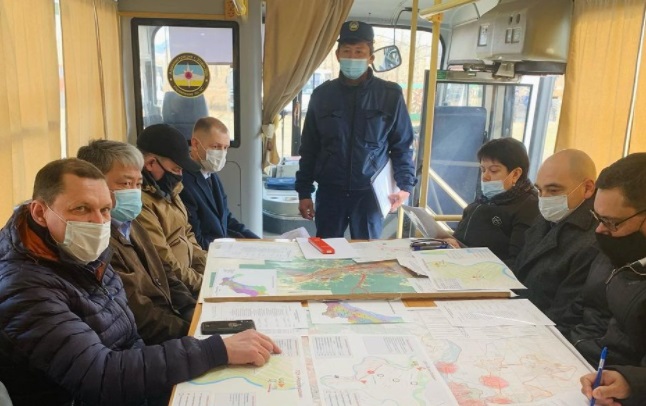 The capital of Buryatia is preparing for the flood season. According to the mayor of Ulan-Ude, about 19 thousand people live in the flood zone of the Uda and Selenga rivers.

As reported on his page in Instagram Mayor of Ulan-Ude Igor Shutenkov, now they are preparing for a possible emergency. Monitoring of all gauging stations on the Uda and Selenga rivers will begin in May.

Experts have already checked the structures and equipment in those places that fall into the flooded zone. Also, residents are counted in areas of probable flood. The number of pensioners, disabled people and children who may need special assistance in case of an emergency is calculated in advance.

At the same time, Igor Shutenkov noted that usually the water rises in August-September. However, this year they decided to prepare for a possible emergency in advance. All works will be financed from the reserve fund. As points of temporary accommodation, 29 schools of the city and three children's camps will be used, private companies are ready to provide 72 buses for the removal of the population. Several stores have signed an agreement to provide essential goods and food in case of an emergency.

According to the latest estimates, about seven thousand houses, in which 19 thousand people live, fall into the zone of possible flooding. Evacuation plans and schemes have already been developed for the private sector and gardening associations, which are also located in this area.

Emergency mode due to flooding introduced in the north of Kamchatka

The flood began in the north of Kamchatka