Restrictions on the pink salmon fishery await in Sakhalin 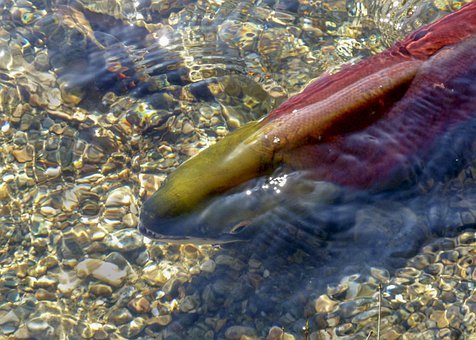 In Aniva and Terpeniya bays on Sakhalin, pink salmon fishing will be prohibited this year. The decision was dictated by the low stocks of this species of salmon and the low indicators of the fishing season in 2020.

As the Sakhalin.Info, the need to restrict industrial fishing in the south of the region was indicated by representatives of science at the Far Eastern Scientific and Fishing Council in Vladivostok. Traditional fishing grounds in the north of Sakhalin will only open when the spawning grounds are full.

The Association of Fishery Enterprises of the Sakhalin Region reported that in fact the restrictions will be more ambitious - the fishery will open when the water bodies where the pink salmon spawn are 50% full. According to forecasts, only watercourses in the Kuril Islands and northern Sakhalin will be filled.

The reasons for the decline in the stocks and approaches of pink salmon to the shores of Sakhalin are associated with the excessive fishing pressure. Environmentalists reported last year that pink salmon fishing in Sakhalin became worst in ten years.

In February, the Federal Agency for Fishery made a forecast for fishing during the fishing season for 2021. In the Far East basin the basis will be pink salmon.