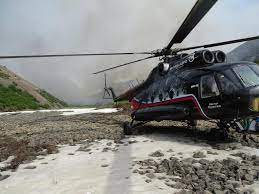 In the Kamchatka Territory, in the Olyutorsky and Penzhinsky districts, Kamchatka Airports suspended the maintenance of seven helipads. The regional government believes that this will not affect the regularity of transportation to the northern region.

As EastRussia was told in the regional government, now the sites have been taken over by local authorities. This situation happened after the entry into force of the new requirements for helipads.

Now the regional government is deciding the issue at the federal level: the authorities of Kamchatka are asking to soften the rules for helipads. The situation is under the control of the Ministry of Transport.