Foreign Ministry praised the prospects for opening borders for Russians 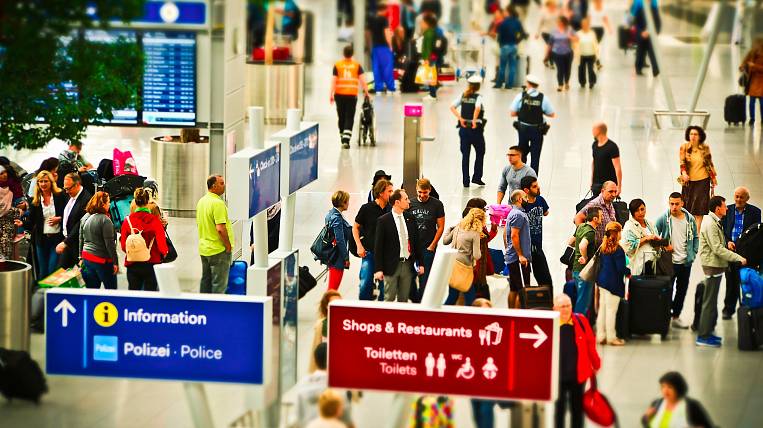 Photo: pixabay.com
Some countries are ready to receive Russian tourists as early as June, but most states have sanitary restrictions. Representatives of the Russian Ministry of Foreign Affairs (MFA) still do not recommend leaving the country.

According to the Foreign Ministry, the resumption of flights is possible only after the bilateral opening of borders. At the same time, even the countries of Europe have not yet all resumed regular flights with the countries of the European Union. This can finally happen only in June-July. Austria, Hungary, Germany, the Netherlands, Poland, Slovakia, the Czech Republic and Switzerland will not yet restore full communication with Russia: the ban on issuing visas for citizens of non-Schengen countries is still in effect. With valid visas, Russians will also not be able to visit these countries, except for humanitarian purposes.

Germany resumes regular communication with the EU from 15 June. Upon arrival, citizens must fill out a form with contact details. From July 1, the Polish company LOT will start flights within the country, but with a mask mode on board. In Italy, borders are closed to third-country nationals. The authorities of San Marino have completely removed the restrictions, but you can get there only through Italy.

In the UK, the quarantine for visitors continues for 14 days. In addition, the authorities plan to introduce pre-arrival online contact tracing forms. Iceland plans to remove some of the restrictions from June 15, and at the airport it is possible to pass an analysis for COVID-19 instead of undergoing a two-week quarantine.

Denmark in the near future is ready to open only the borders with Germany and Norway. In Norway, until mid-August, border control at the internal Schengen borders has been in effect since March 16. The restriction on entry into the country is planned to be extended until January 1, 2021. From June 1, you can make a tour to Svalbard, but with a limited number of tourists and without cruise liners for many days.

In Sweden until June 15, there was a ban on the entry of third-country nationals. Restrictions until June 14 were in effect when entering Finland. Quarantine in the Baltics: Latvia, Lithuania and Estonia - according to the latest data, has been extended until June 16.

In China, entry into the country has been suspended, but restrictions do not apply to the entry of foreign citizens with diplomatic and business visas and certain categories of special visas. The Chinese authorities have no plans to mitigate quarantine. Entrance to the Republic of Korea was not closed for Russian citizens, but arrivals will have to go through 14-day quarantine.

The countries of Southeast Asia (Vietnam, Indonesia, Singapore, Thailand and others) have not yet renewed the reception of tourists. Thailand will open in July; in the Philippines, only domestic flights will resume from June 2. In Japan, a ban on entry of foreigners from countries with an unfavorable epidemiological situation remains; single and multiple visas have been suspended.

In India, there are no plans to open borders yet, as in the Maldives, Nepal and Sri Lanka. African countries are also unlikely to open borders for Russian citizens. The same situation in Latin America.

Since June 11, the borders of Turkey are open to all foreigners. Upon arrival, you need to undergo an examination, fill out a form, but quarantine is not required. Tourists in Bulgaria will be obligated to fill out declarations confirming the absence of coronavirus and agreeing that treatment of the disease will be carried out at their expense.

Greece begins to receive tourists from June 15, but the exchange will only be with those countries where the severity of the situation with coronavirus is reduced. Perhaps they will conduct random testing of visitors. In Cyprus, airports began to receive citizens from 19 states; upon entry, a certificate of the absence of a coronavirus will be required. The resumption of flights with Russia yet.