A new railway bridge was opened in the Amur region 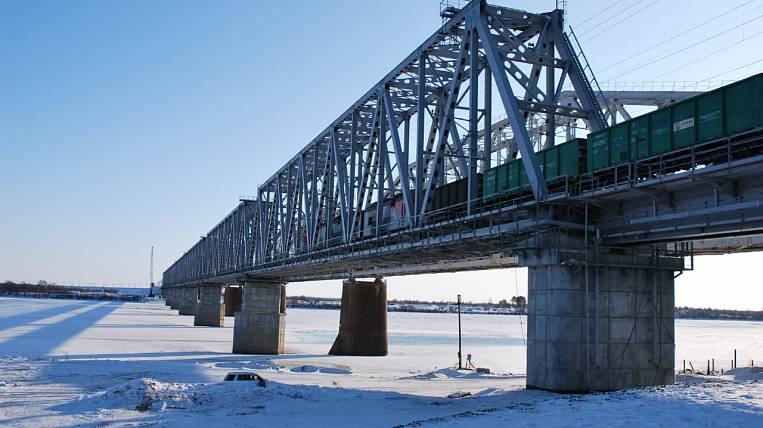 In the Amur Region, trains were opened on a new railway bridge across the Zeya River. It is located on the Mikhailo-Chesnokovskaya-Arga section of the Trans-Baikal Railway and is designed to pass trains along the Trans-Siberian Railway from West to East.

The bridge was built from 2016 of the year as part of the investment project "Modernization of the railway infrastructure of the Baikal-Amur and Trans-Siberian highways with the development of throughput and carrying capacity." The length of the transition, taking into account the approaches, is about 3,4 km.

The old bridge, the 1936 of the year of construction, did not fully meet the requirements of the safe, passenger and freight trains passed along it with a speed limit of 40 km / h. The new transition allows freight trains of increased weight to travel at speeds up to 90 km / h, and passenger trains up to 120 km / h.

According to the press service of the regional government, the appearance of a new bridge will significantly increase the throughput capacity of the site and reduce the time it takes to deliver goods to the sea ports of the Far East. According to the Governor of the Amur Region Vasily Orlov, increasing the throughput of the Baikal-Amur Mainline and the Trans-Siberian Railway and the highways passing through the Amur Region will provide additional jobs and positively affect the development of municipalities, increase tax revenues to the regional budget.