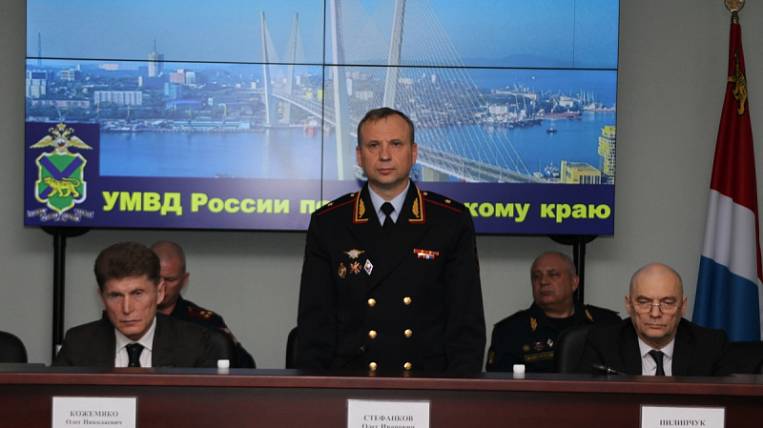 The Minister of Internal Affairs of Russia Vladimir Kolokoltsev introduced a new chief to the personnel of the Ministry of Internal Affairs in the Primorsky Territory by video conference. This post, by presidential decree, was taken by Oleg Stefankov.

Kolokoltsev demanded that the new chief of the Ministry of Internal Affairs in the Primorsky Territory increase the efficiency of the disclosure of crimes, including grave and especially grave ones; improve the quality of the preliminary investigation. He also instructed to step up efforts to counter IT crime, since only in January-February this year, the region recorded a 2,5-fold increase in crimes in this area.

According to the press service of the Ministry of Internal Affairs of Russia, one of the priority tasks of the department will also be the prevention of juvenile delinquency and the reduction of road accidents in the region.