New outbreaks of ASF appeared in the Khabarovsk Territory 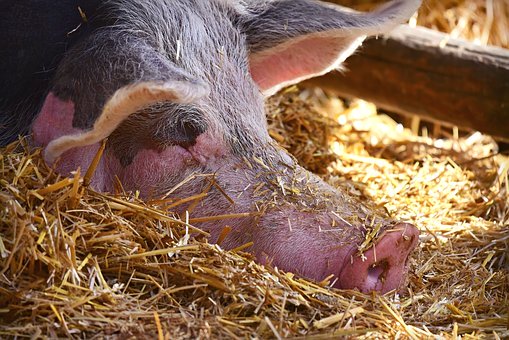 As reported by the press service of the regional government, outbreaks of ASF were found in four private farms. Two infected farmsteads are located in the village of Kukelevo, Vyazemsky district, one in the city of Vyazemsky, one in the village of Bychikha, Khabarovsk district, where an emergency regime has already been introduced. About 230 pigs will be destroyed.

Each affected farm was surrounded by two quarantine zones: the first with a radius of five km, the second - from 16 to 30 km. Only personnel working there are allowed to enter. Selling pigs and meat is strictly prohibited. Also, hunting in these areas is currently prohibited.

The day before it was reported that outbreak of African swine fever occurred in the Vyazemsky district of the Khabarovsk Territory. The regional authorities are preparing to introduce a state of emergency there.

African swine fever virus confirmed in one of the districts of neighboring Primorye... ASF is safe for humans but highly contagious to animals. The last case of African swine fever was recorded in Primorye just a week ago in the Kirovsky district... This year we have already identified several foci of African plague.

Eight classes were quarantined in Birobidzhan