Head of government and deputy chairmen appointed in Kamchatka 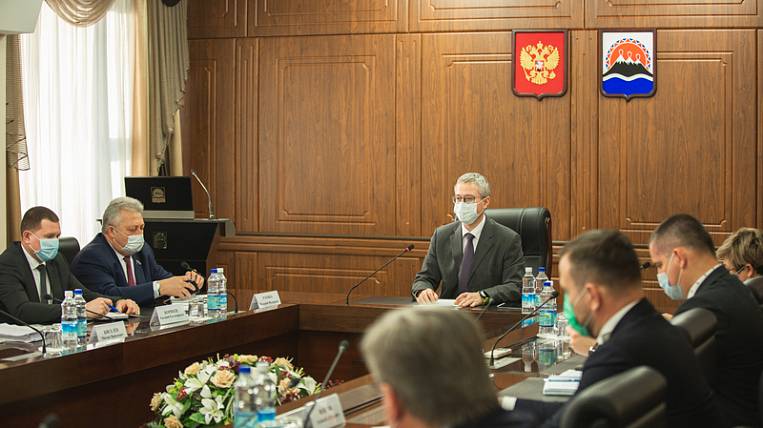 Acting Governor of the Kamchatka Territory Vladimir Solodov during a hardware meeting introduced the new chairman of the regional government. It was Alexander Kuznetsov, who was previously the chief federal inspector for the Sakhalin Oblast.

According to the press service of the regional government, Vladimir Solodov announced the upcoming personnel changes in the regional ministries, agencies and departments. He noted that when making decisions he will rely on effectiveness and professionalism, orientation on development and readiness for changes, openness to citizens.

Roman Vasilevsky, who headed the regional government, became deputy chairman. However, he will continue to oversee work to counteract the spread of new coronavirus infection. Deputy Chairman for Economic Affairs will be Dmitry Korostelev. He will also oversee the Ministry of Property and Land Relations. Yulia Morozova will be appointed Minister of Economic Development of the Territory. The deputy chairman Timofey Smirnov will be responsible for transport and road construction.

In the near future, a new position will appear in the regional government - the chief architect of the Kamchatka Territory. He will be selected according to the results of an open competition. Also on the peninsula will be created the Council on the digital transformation of public administration. It will be led by the head of the region.

Vladimir Solodov April 17 dismissed the government of the Kamchatka Territory. Three deputy chairpersons left their posts: Marina Subbota, who oversees the economic bloc, Yuri Zubar, who was responsible for the development of the transport industry, and Vladimir Prigornev, who is involved in social policy.

After his appointment to the post of head of the Kamchatka Territory, Vladimir Solodov stated that he intends to maintain the personnel base and principles of building a management system in the regional government. However, he emphasized that quite refuse personnel shifts I do not intend.