Khabarovsk Krai 22:21 Sturgeons seized 80 million rubles from poachers in the Khabarovsk Territory
The Republic of Buryatia 21:59 Coronavirus suspected of a resident of Buryatia
The Republic of Sakha (Yakutia) 21:10 330 million rubles allocated for social contracts in Yakutia
Primorsky Krai 20:45 A closed coal transshipment line will be built in Nakhodka
20:04 The government is looking for an opportunity to reduce taxes for employers


Sakhalin Region 19:01 Airplane damaged landing gear before departure from Yuzhno-Sakhalinsk
18:16 Large banks reduce deposit rates
17:02 Russians are massively refinancing a mortgage
The Republic of Sakha (Yakutia) 15:03 Zhilfin experts: they will not let you earn money on the “Far Eastern mortgage”
14:49 Leave for medical examination approved by the government


13:35 The program "Zemsky paramedic" offer to expand
February 22 2020
Khabarovsk Krai 13:21 The case of the former deputy chairman of the Khabarovsk Territory was brought to court
09:00 Experts named the regions with the highest rental prices
08:15 Expectant mothers will be saved from bureaucracy with patrimonial certificates
February 21 2020
22:26 Organizers of financial pyramids exposed in the Far East

The building of a new school went cracking in Yakutsk 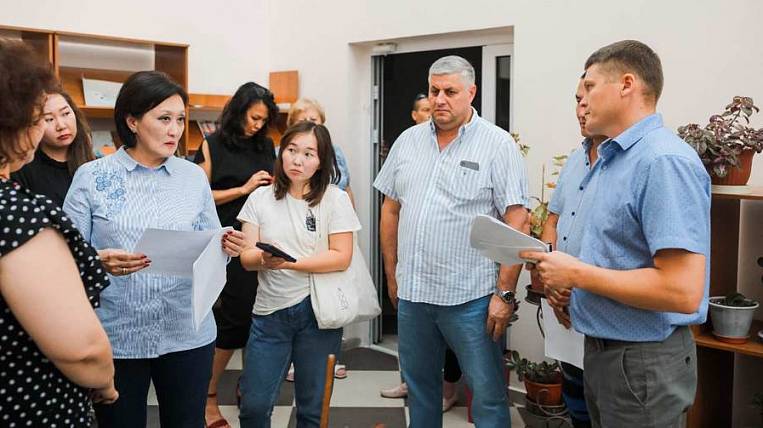 The new building of an inclusive school in Yakutsk went cracked. This was discovered by members of the city administration commission, they are now accepting educational institutions before September 1. The building, with long interruptions, was built for four years and only in 2018 they were commissioned in a festive atmosphere.

As the IA SakhaNews, during the inspection, the commission found traces of rainwater in the gym and classrooms and cracks on the walls. The school is intended for children with disabilities, but while the building in this condition, the school year can not begin here.

Representatives of the contractor refer to poor-quality waterproofing of the roof and promise to fix it. However, members of the commission, according to the portal, were given the task of conducting a comprehensive survey of the foundation of the new building. It was built, including with federal money. 435 children are taught in the classes.