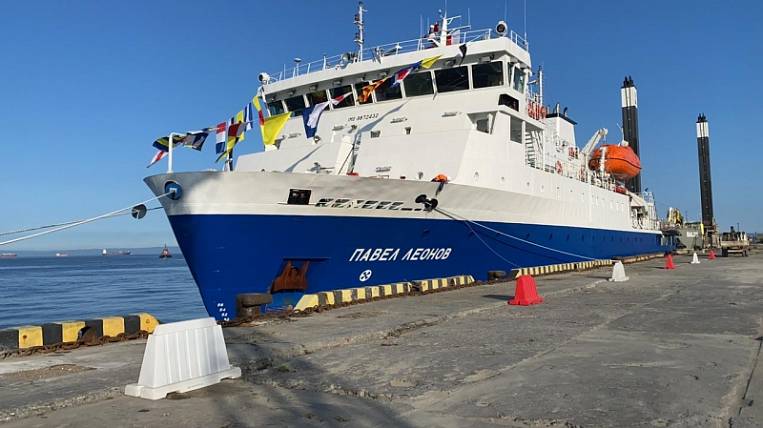 In the Sakhalin region, in the port of Korsakov, a new cargo-passenger ship "Pavel Leonov" was met. Due to favorable ice conditions, the passage along the Northern Sea Route took only a month - half the time than planned.

According to RIA "Sakhalin-Kuril Islands”, The crew of the new ship is 18 people, three of them are girls: the captain's assistant and the cook. The ship will be able to carry 146 passengers, including employees.

The average speed is 14 knots per hour, and 19 knots with a passing current. The journey from Korsakov to the Kuriles is 20 hours. Pavel Leonov went to the Sakhalin Region from St. Petersburg along the Northern Sea Route, which made it possible to arrive twice as fast as another new vessel - Admiral Nevelskoy.

Today the ship will go for maintenance, and after that it will start operating flights between Sakhalin and the Kuriles. Now on the route Korsakov - Kunashir - Shikotan - Iturup "Admiral Nevelskoy" runs. The new ship will not replace, but will join the already operating vessel in October. The ticket will cost 3 rubles one way.