Degtyarev called the data on logging in the Khabarovsk Territory biased 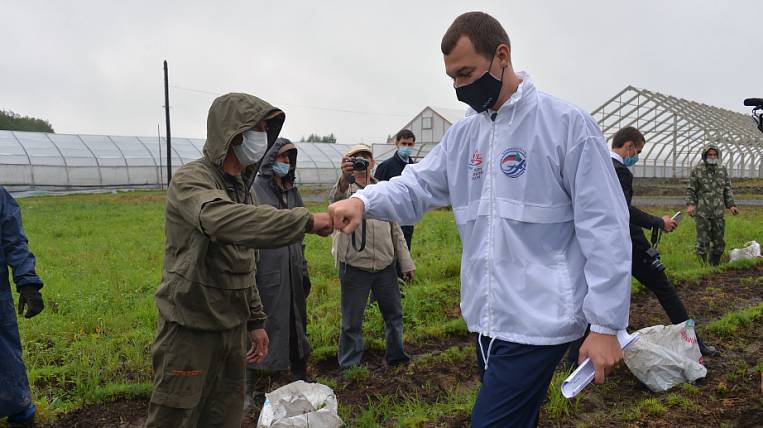 According to the press service of the government of the Khabarovsk Territory, he did not believe in the data on ten thousand cubic meters of illegally cut wood. Degtyarev is sure that these are deliberately biased indicators and asked how the work with law enforcement agencies was going on in this part.

The nursery is located near Khabarovsk and on average produces up to five million larch seedlings and about 1,2 million cedar seedlings a year. According to the head of the regional forestry department Konstantin Khryanin, the number of seedlings is equal to the number of trees cut down. This year it is planned to plant about 6 thousand hectares.

According to the Acting Governor, reforestation is ineffective - only 10% of the seedlings survive. He invited the workers of the enterprise to take part in checks of tenants who will plant seedlings in the fall.

In March, the Amur Basin Environmental Prosecutor's Office completed an inspection of last year's sanitary cuttings around Lake Amut in the Khabarovsk Territory. The Office identified several violations at once... The head of the forest management of the Khabarovsk Territory Konstantin Khryanin was dismissed at the time of the audit.