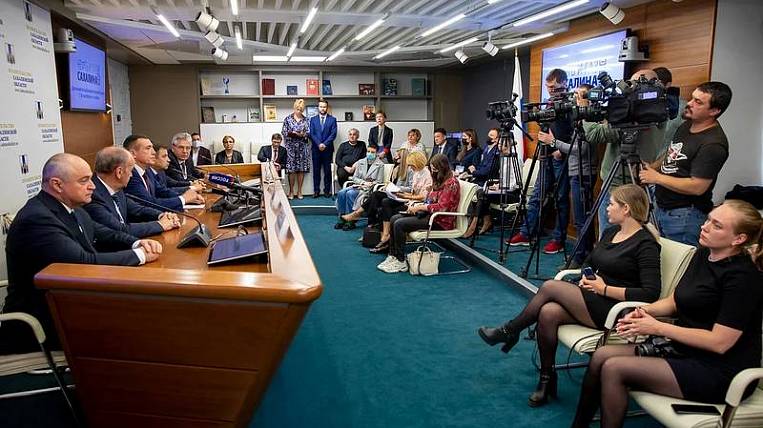 An oil and gas industrial park will be created in the Sakhalin region. It will be filled by about 20 residents, currently there are 15 interested parties, including such large companies as Gazprom, Shell, Sakhalin-Energy.

Sakhalin Governor Valery Limarenko spoke about this at a briefing following the first day of the Sakhalin Oil and Gas conference, which opened today in Yuzhno-Sakhalinsk. An agreement will be signed with some potential residents of the technopark tomorrow within the framework of the second day of the forum.

Residents will be exempted from property and income taxes for five years. Insurance premiums for them will be reduced by four times - this will reduce the industry's dependence on supplies from abroad and increase revenues to the regional budget.

As the head of the region noted, it is important for Sakhalin that the localization of oilfield services production be increased to 25%. Currently, only 5% of service work for companies producing and processing hydrocarbons is carried out in the region. The creation of the Sakhalin Oil and Gas Industrial Park will help fix this.

The construction of the first such facility has already begun in Yuzhno-Sakhalinsk. There will be all the infrastructure for companies providing services to oil and gas companies. 1 jobs will be created.

Within the framework of the forum, in addition to the usual topics related to hydrocarbon production, much was said about the development of clean energy. A regional climate center is being created on the island - the first in the country. The goal is the sustainable development of Sakhalin as a region with low greenhouse gas emissions.

Green technologies will also be helped by the construction of a small-scale LNG plant on Sakhalin: avoiding coal and diesel fuel will have an impact on the region's ecology, and the use of liquefied natural gas will help to cope with the task of reducing greenhouse gas emissions. According to Valery Limarenko, Sakhalin in the near future should become an eco-friendly resort with a competent approach to energy.

The Sakhalin Oil and Gas Conference will run until October 1 and will be attended by about 300 people. Among them are more than 80 leading experts and representatives of the oil and gas sector from Russia, Japan, Great Britain and China.