Pumping equipment is ready for the flood ridge near Khabarovsk 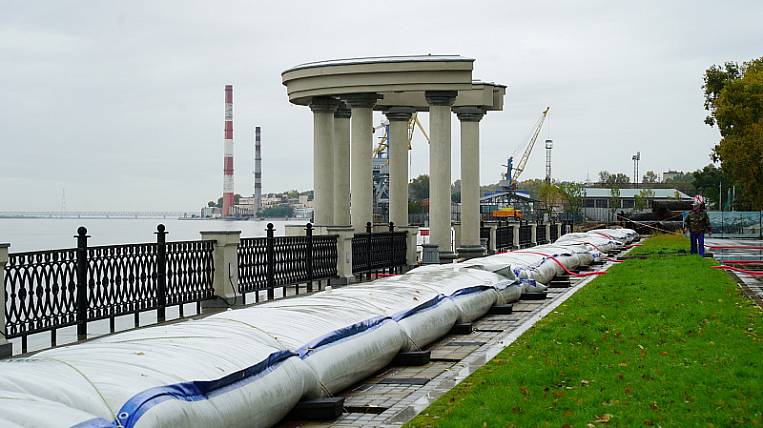 Specialists expect the flood to pass completely in the next three days. The water level in the Amur has already reached 615 cm.

According to the press service of the Khabarovsk administration, the water rise was 21 cm per day. As the head of the city department for civil defense and emergency situations Andrei Akimov noted, the city services manage to resist the elements. Most of all houses were flooded in the Krasnaya Rechka microdistrict, the water began to seize the streets of Pribrezhnaya, Bogacheva, Vilyuiskaya, Aldanskaya, Gomelskaya, Arkharinskaya, Barnaulskaya, Priemnaya and Olyutorskaya. More than 40 adjoining territories and garages are flooded.

A difficult situation has developed on Arkharinskaya and Priemnaya streets. Here, even after plugging the outlet pipes, water began to flow to residential buildings. Additional pumps are now being installed in the area to slow the rise in water levels.

Today, specialists of the city department of civil defense and emergency situations will check the signal of Khabarovsk residents: residents reported that flood waters entered one of the sections of the road along Pravoberezhnaya Street.

In the Zaton area and along the Bogacheva street, the pumps have proved their efficiency. According to Andrey Akimov, in just a day the water level in the area of ​​the Brosko Mall shopping center was reduced by 4 centimeters. In addition, the equipment made it possible to reduce the water level at the storm collector by a whole meter below the river level.

Also, the rescuers were helped not by such heavy precipitation as previously predicted. Forecasters predicted 28-30 mm of precipitation, but only 6,5 mm fell. Thanks to this, the pumping unit at the Erofey arena was able to operate only at half its capacity.

Yesterday was deployed a filling dam at the stadium. Lenin. The length of the structure was about one km; more than 200 volunteers were involved in the installation of equipment.