16:34 Scientists have completed tests of the second Russian vaccine against COVID
Primorsky Krai 15:45 The electronic queue will work until November 1 at the border in Primorye
15:23 Post Bank has become the leader in terms of the share of regular customers
Chukotka 14:34 Extended "Far Eastern mortgage" earned in Chukotka
The Republic of Sakha (Yakutia) 14:15 The development of distributed generation was discussed at the forum in Yakutia

A new heating main will be built in Khabarovsk 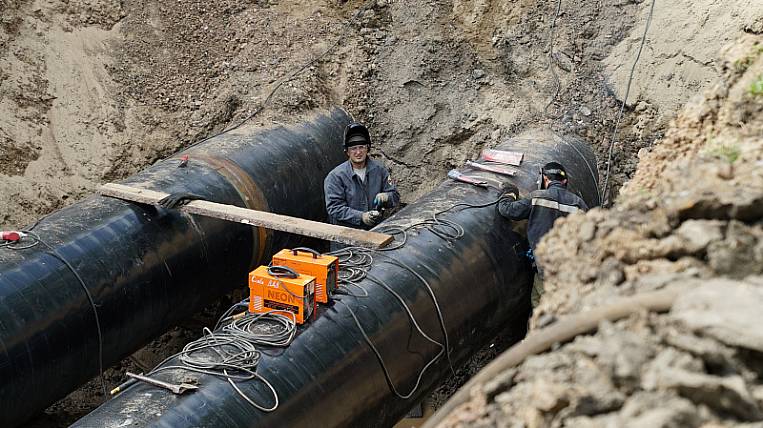 The start of the construction of the heating main will help the development of the Orekhovaya Sopka district in Khabarovsk. It is planned to build one million square meters there. meters of housing. Four investor-developers are ready to start construction as soon as the laying of TM-35 begins. These are GradService LLC, UIP LLC, Kommersant LLC, DVPI LLC.

According to the press service of the city administration, Mayor Sergei Kravchuk appealed to the Acting Governor of the Khabarovsk Territory Mikhail Degtyarev with a request to help in resolving the issue of building a heating main from CHPP-3. According to the mayor, 600-700 million rubles are required to start work on the combined heat and power plant, and the total cost of the project is about 2,8 billion rubles. Mikhail Degtyarev promised to start negotiations on the construction of the TM-35.

The project for the construction of a heating main was developed in 2016, and a positive conclusion from Glavgosexpertiza has already been received for it. Currently, design and survey work is underway for a new road - Heroes Passarov Street, which will connect Sovkhoznaya and Trekhgornaya. In the future, the Eastern Arc Highway will appear there, which will run from Voronezhskaya Street through Sovkhoznaya Street and will join Karl Marx in the Vyborgskaya area. The water pipeline will be laid from Voronezh highway to Sovkhoznaya street.

The Orekhovaya Sopka area is intended for residential complex development for families with an average income. Together with the houses, there will be four kindergartens and two schools, two clinics and a fire station. The development of this territory is planned within the framework of the presidential decree to increase the volume of housing construction.