September 21 As part of an exercise, the crews of the Tu-2014MS strategic bomber missile launchers carried out successful launches of air-based cruise missiles at ground targets at the Kura proving ground (Kamchatka Krai), the Defense Ministry’s press service reported.

Strategic bomber-bomber Tu-95MS from the air base Ukrainka were involved in practical activities.

The crews of strategic missile carriers, taking off from the Ukrainka airfield, made an 4-hour flight over low-grade terrain and launched cruise missiles in the northern part of the Sea of ​​Okhotsk at their designated targets at the Kura range. All targets were successfully hit.

In addition to launching missiles at the Kura test site, missile-carrying bombers Tu-95MS carried out the launch of cruise missiles that imitated means of air attack.

To intercept missiles from the Elizovo airfield (Kamchatka Territory), MiG-31 interceptor fighters were raised on alarm, which searched for, detected, captured, escorted cruise missiles and destroyed them with air-to-air missiles.

After completing the task, a group of officers of the General Staff of the Armed Forces of the Russian Federation carried out a thorough analysis of objective control materials confirming the successful fulfillment of combat training tasks, as well as the actions of the crews of the aircraft and the calculations of ground-based radar posts, which were targeting the aircraft. 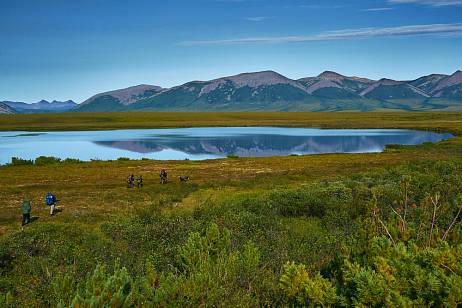