In the Far East held a retreat Rosleskhoz

On August 28, an offsite meeting was held in Khabarovsk, organized by the Federal Forestry Agency of the Russian Federation. The topic of the meeting was “Improving the efficiency of administration of payments for forest use”

The main issue discussed by the meeting participants was the issue of preventing the formation and repayment of the existing debt of forest users to the state - arrears.

The event was attended not only by the forest services - Rosleskhoz, forest management bodies of the Far Eastern regions, but also representatives of other departments - the Federal Bailiff Service, the Prosecutor's Office and the Tax Service, to one degree or another participating in the process of returning the funds that were not received by the state for the use of forests.

The first speaker was the Deputy Head of the Federal Forestry Agency, Anatoly Ivanovich Buldakov, who gave a general description of the state of affairs in the country on the topic under consideration. At the beginning of his speech, he noted that in recent years, with an increase in the use of forests, a natural increase in payments to the budgetary system of the Russian Federation has been observed. In 2013, their size amounted to 23,2 billion rubles, including 17,5 billion rubles to the federal budget. Since 2007, the receipt of the payments under consideration has increased more than 1,5 times, while in the federal budget - 1,8 times. However, the amount of these receipts could have been more if all payments due to the state were received in full.

According to the Forest Code of the Russian Federation, one of the basic principles of forestry legislation is payment for the use of forests. However, at present there is a paradoxical situation: by concluding lease agreements, forest users enter into market relations and assume a number of obligations, including the timely and full payment of payments for the use of forests, but they are not always in a hurry to fulfill them. As Anatoly Ivanovich accurately noted, "unscrupulous tenants use forest payments as their interest-free loan."

According to the official, the Rosleskhoz is taking measures to improve the administration of payments for the use of forests. These include, for example, the introduction of amendments to the Forest Code of the Russian Federation, allowing to change the lease contracts concluded by the results of auctions, which should prevent recent litigation disputes; introduction of standard forms of lease agreements, which will become mandatory from 1 July 2015 year; development and direction for consideration in the Ministry of Natural Resources of Russia of the draft federal law on introducing amendments to the Forest Code of the Russian Federation, which provides for restricting the participation in the auction of persons in arrears; a draft of the Federal Law on the introduction of competitive procedures for the conclusion of lease agreements, which will facilitate the selection of responsible tenants, etc.

Speaking about the situation in the Far Eastern Federal District, the Deputy Head of Rosleskhoz stressed that the arrears of users of the forests of the Far East to the federal budget are 268,9 million rubles, or 5% of the total amount of debt of forest users in Russia. The main one is the debts of the past years. As for the current payments in the district, it should be noted that the plan of their receipt to the federal budget for 7 months of 2014 was fulfilled by 117,3%. Out of 9 constituent entities of the district, 7 regions exceeded it. 2 constituent entities of the Okrug are slightly behind: 94% of the revenue plan was fulfilled in the Jewish Autonomous Region, 88% - in the Amur Region.

At the same time, according to the official, the DFO regions should not relax. It is necessary to do everything possible so that the indicators do not deteriorate.

Then Alexander Lyubyakin, the head of the Department of Forestry for the Far Eastern Federal District, spoke on the results of random office audits of the forest management authorities of Primorsky Krai, Sakhalin and Amur regions, and the Republic of Sakha (Yakutia). system of Russia. During them, violations were found in Yakutia and Primorye, where facts were found not to comply with the deadlines for sending claim letters about violation of the deadlines for paying for the use of forests, as well as not taking measures to enforce debt collection - claims were not submitted to the Arbitration Courts . As a result, the Department was forced to contact the prosecution authorities. By 1 in November of the current year, similar checks will be held in other regions of the district.

The Minister of Forestry and Fire Safety of the Amur Region, Alexey Venglinsky, shared his experience in stabilizing the current payments situation with colleagues, stating that due to the systematic work of his department, the current payment deficit decreased by 39,7% compared to similar periods of 2012-2013 . This result was achieved, including through the termination of lease agreements for forest plots in a judicial proceeding, taking measures to the debtors not to submit quotas for foreign labor. In addition, the regional forest service has developed a draft forest lease agreement for timber harvesting, which increases the number of periods for the payment of rent from 4 to 12, as well as providing for the termination of the agreement unilaterally. Among the interesting proposals for amending the current legislation, expressed by Alexey Viktorovich, was the introduction of a procedure for insuring the timely payment of rent, in which forest users would be obliged to pay a security deposit in the amount of rent for 2 or more.

Denisov Ivan Vyacheslavovich, Head of the Forest Department of the Government of the Khabarovsk Territory, spoke about the practice of enforcing debt collection, which can be used by other subjects of the district. As he announced, over the past period 2014 of the year, 107 filed claims to the court of arbitration for the recovery of arrears of rent in the amount of 33,2 million rubles. Rendered 67 positive decisions in the amount of 27,4 million rubles. In addition, 45 tenants paid 13,4 million rubles in debt during court hearings. For the late payment of rent to the arbitration court, 51 sent a statement of claim for a penalty in the amount of 6,2 million rubles. 32 positive decisions in the amount of 4,1 million rubles. 10 enterprises paid a penalty during court hearings in the amount of 687 thousand rubles. In the remaining cases, litigation is ongoing. However, in respect of malicious defaulters in 2014, claims for early termination of 15 lease agreements were sent to the arbitration court, of which the 4 contract was terminated by the court, the 7 contract was terminated due to full payment of the debt, the 4 claim is currently considered by the court. Thus, under the threat of termination in 2014, 22 million rubles were paid (including debts from previous periods). Due to the enforced collection of rents, a number of forest users have already paid rent until the end of 2014.

“The compulsory collection of forest payments is negatively affected by the low efficiency of the work of bailiffs, who for some reason often cannot find the debtor or his property, although the debtor continues to use the leased forest area, harvest and sell timber,” Ivan Vyacheslavovich emphasized. “Since the beginning of this year, 71 executive documents in the amount of 17,9 million rubles have been sent to the Office of the Federal Bailiff Service in the Khabarovsk Territory and its territorial divisions, 1 ​​enforcement proceedings have been initiated (as of August 48) in the amount of 14,7 million rubles. At the same time, only 2,4 million rubles were received from the bailiff service, ”the official continued.

During the discussion, all those present noted the importance of close cooperation in the work on collecting arrears with the Federal Bailiffs Service (hereinafter referred to as FSSP), while Anatoly Buldakov set the task for regional forest services, where there are still no agreements on interagency cooperation in the designated direction, to complete this work by the end of 2014. We emphasize that the need for this is really overdue. According to the Rosleskhoz, currently, the FSSP service contains writs all over Russia for the total amount of 2167,1 million rubles, of which only 3% is recovered.

At the end of the meeting, those present came to the conclusion that it was necessary to establish closer cooperation between all public authorities, to some extent involved in the process of returning arrears for the use of forests. 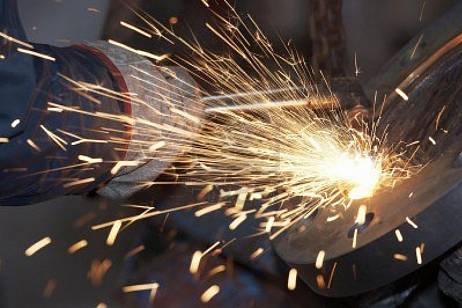 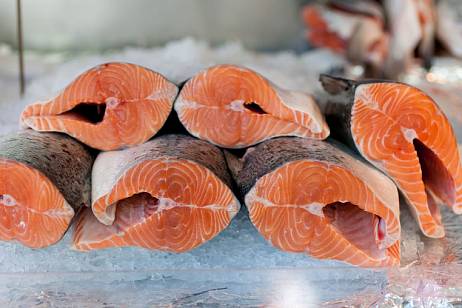 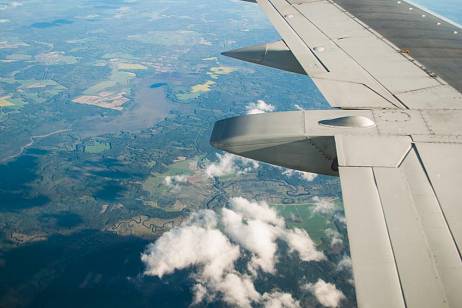