One day at Iturup: a pilot organized tour to the largest island of the Kuril ridge took place 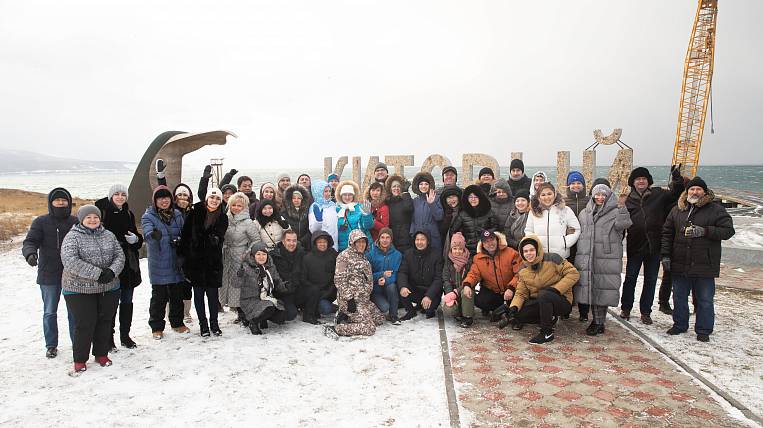 On Friday, December 6, a one-day tourist trip to Iturup Island for 60 participants of the Far East Tourism Week took place successfully. This is the first time in history when such a large organized group arrives on the island for tourist purposes, and at the end of the program leaves without checking into a hotel. The tour was initiated by the Tourism Agency of the Sakhalin Region.

Participants in the pilot tour, among whom were travel industry professionals from the Sakhalin Region, regions of the Far Eastern Federal District, from central Russia and from abroad, flew from Yuzhno-Sakhalinsk to Kurilsk to 11: 00 on a special flight of Aurora Airlines. Upon arrival at Yasny Airport, four tourist groups were formed, each of which went on its own route. During the day, guests of the island saw the Wall of waterfalls, lava fields, the resort of Yankito, explored the city of Kurilsk, bathed in thermal waters in the complexes "Baths" and "Hot Waters". In 20: 00 they flew back to Yuzhno-Sakhalinsk, and already by 22: 00 they all returned to their hotels.

“The success of the pilot one-day excursion to Iturup opens up new opportunities for the development of tourism in the Kuril Islands,” said Natalia Pakholkova, head of the Sakhalin Region Tourism Agency. “There is a shortage of accommodation on the island, and similar one-day formats allow guests to receive a rich excursion program within one day without creating a load on the hotel infrastructure.”

The Hydrostroy-Tour company acted as a host on Iturup. The next step will be to study the possibility of conducting such excursions on a regular commercial basis, as well as assessing the prospects for the implementation of similar one-day tours from Vladivostok and Khabarovsk.