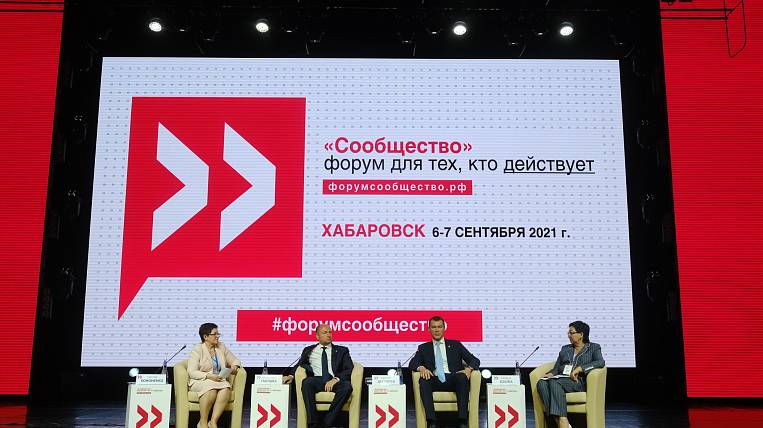 At the IV regional forum of the Public Chamber of the Russian Federation "Community", national projects and the development of the Far East were discussed. Representatives of Far Eastern NGOs gathered in Khabarovsk on September 6 and 7.

According to the press service of the RF OP, more than 600 people from 32 regions of Russia have registered for the Community forum. The discussion platforms of the forum were held in the City Palace of Culture. For two days, experts and speakers of the "Community" discussed topical issues related to the key topic of the forum - "Infrastructure Development: Ensuring the Growth of the Well-being of Russians." Round tables and discussions were devoted to the transport accessibility of the Far East, financing the modernization of the housing and communal services sector and staffing the communal sector, the integration of youth into socially important tasks and the interaction of government, business and society on environmental protection.

“National projects should cover the entire population of the country, help the industry develop in new realities, and not cut off most of the participants with restrictions and frameworks. We need to achieve the national goals set by the President of the Russian Federation and come up with real socially useful solutions, ”said Alexander Galushka.

Acting Governor of the Khabarovsk Territory Mikhail Degtyarev said at the plenary session that 11 national and 46 regional projects are being implemented in the region. The largest number falls on the social block. In 2021, 13,2 billion rubles were allocated for the implementation of regional projects, of which 9,6 billion were from the federal budget.

“According to 243 indicators of socio-economic life, we have to achieve high indicators. And this is not the limit. New projects are being born, aimed at real improvement of the quality of life of the Far Easterners. The main driving force behind the transformations is the activeness of society. Civil initiatives are real helpers to the authorities, an important component of the successful implementation of national projects, ”emphasized Mikhail Degtyarev.

One of the highlights of the first day of the forum was the public discussion “Living in the Far East. How to get support for your dream project and develop in your native region ”, moderated by Roman Karmanov, General Director of the Presidential Fund for Cultural Initiatives.

The second day of the forum consisted mainly of practical activities for NGOs. The program included a foresight session on school meals, master classes on social mediation, project activities and interaction with the media, a business game “Negotiations between civil activists and government officials”. Deputy General Director of the Presidential Grants Fund Innokenty Dementyev told at the seminars what an application for a grant should be in order for a project to qualify for support, and what to do during its implementation in order to avoid problems at the reporting stage. In addition, on September 7, at the forum, an expanded meeting of the Public Council under the Ministry for the Development of the Russian Far East and the Council of Public Chambers of the Far Eastern Federal District took place. It was moderated by Aleksandr Tochenov, Executive Secretary of the Presidential Council for the Development of Civil Society and Human Rights.

As part of the zero day of the "Community", members of the commissions of the Public Chamber of the Russian Federation with federal experts and Khabarovsk officials took part in a public inspection of the city infrastructure. They visited the construction and repair facilities of the housing and communal services of Khabarovsk, sports and children's institutions, city recreation areas, checked the operation of passenger transport and transport infrastructure facilities.

“I have been to Khabarovsk more than once. I myself am a Far Eastern woman; I represent the Sakhalin region in the Public Chamber of the Russian Federation. We have always considered Khabarovsk to be a large, rich and interesting city. And, of course, I want it to prosper, grow and really be the very center of the Far East, as it always has, ”said Galina Dzyuba, First Deputy Chairman of the Commission of the Public Chamber of the Russian Federation on Housing and Utilities, Construction and Roads.

An exhibition “Successful social projects of the Far Eastern Federal District” was held in the City Palace of Culture during the days of the forum. Having talked with its participants, Alexander Galushka noted that the practices they presented cover all socially unprotected segments of the population.

“I saw not only the high quality of the projects, but also the sincere enthusiasm for their work among their authors. The Public Chamber of the Russian Federation supports the initiatives of the third sector in the Khabarovsk Territory, and I wish all participants to achieve the results they are striving for, "he stressed.

Based on the results of the forum campaign in 2021, proposals and theses will be prepared, which will form the basis of the annual report of the Public Chamber of the Russian Federation on the state of civil society. The final forum "Community" will be held in Moscow on November 2 and 3 - according to tradition, on the eve of the Day of National Unity. 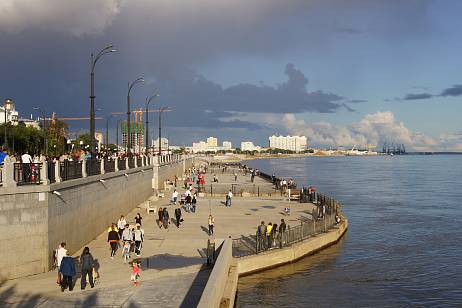