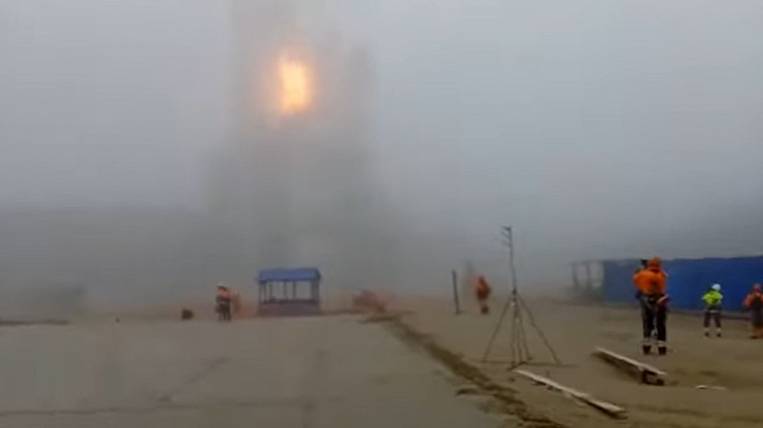 In the Amur Region, an abnormal situation allegedly occurred at the Amur gas processing plant under construction. According to eyewitnesses, one of the devices that convert the gas energy is on fire.

According to "Amurskaya truth», The video with the fire was spread by users of social networks. The video shows high flames, workers running. Also in the frame there is equipment similar to the equipment of a plant. According to some commentators, the flames will spread to the side of the expander, a device that converts the internal energy of a gas into mechanical energy.

There is no official confirmation of the incident yet, the victims have not yet been reported. The regional Ministry of Emergency Situations indirectly confirmed the presence of an emergency situation, saying that the emergency services of the enterprise were working on the spot.