04:03 More investors from France want to attract to the Far East
03:36 Scientists ask WHO to recognize coronavirus transmission by air
The Republic of Buryatia 03:09 The first charter with tourists took Buryatia
03:00 Coronavirus in the Far East: information on the morning of July 6
02:53 A relative of Putin became party chairman

Mutko criticized the pace of restoration of flooded Nizhneudinsk 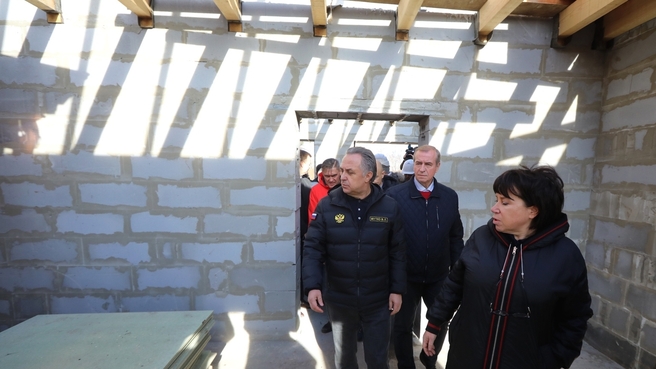 Vice Prime Minister Vitaliy Mutko criticized the pace of construction of residential buildings for flood victims in Nizhneudinsk. The day before he arrived on a visit to the Irkutsk region, the deputy chairman was not satisfied with the acquittal of the contractor, he announced the need for his replacement.

As reported RIA News", According to Vitaliy Mutko, the money allocated from the budget makes it possible to arrange a construction boom in the city, but the pace of construction of houses remains very low. In the Irkutsk region, Nizhneudinsk became the second settlement after Tulun, where the flood led to the greatest destruction.

Flooding in the Irkutsk region started at the end of June. As a result, 11 thousand residential buildings were flooded, 25 people were killed, six more were missing. The total damage from the natural disaster exceeded 29 billion rubles. In early autumn, the Russian government approved a program for the restoration of the region, which primarily included housing restoration.

Timing of housing for floaters breaks down in the Angara region