Can Kamchatka become a strategic base of Russia's nuclear forces?

In the next few years, Kamchatka may become the main home base for Russia's strategic nuclear forces. This is reported by "Gazeta.Ru" with reference to a source in the command of the Russian Navy.

Such a decision can be made in connection with many circumstances. In particular, the great advantage of the Far Eastern water area is its depth. So in the area of ​​Vilyuchinsk located in the Krasheninnikov Bay in Kamchatka, already a kilometer from the shore, great depths begin. This enables the boat to dive in any direction directly in its territorial waters, the source explains. So far, our fleet has no opportunity to sneak unnoticed from under the nose of NATO to the Arctic.

However, there are no official decisions or confirmations regarding the relocation of infrastructure. Neither the management of the strategic underwater forces nor the headquarters of the Northern Fleet confirm or deny this information. Official representatives of the Ministry of Defense and the Russian Navy are not yet available for comment.

At the same time, the submarine base in the Vilyuchinsk microdistrict (Rybachy village) is already ready to receive in mid-December the strategic missile carriers Vladimir Monomakh and Alexander Nevsky, armed with a set of Bulava intercontinental missiles. At the same time, the barracks fund of the base is being updated and the repair center located near the Rybachy North-Eastern repair center is being modernized. The latest information was confirmed to Gazeta.Ru by the United Shipbuilding Company.

In total, in 2014, the Pacific fleet has already received 12 vessels of various classes, and the end of the year is expected to add two more specialized vessels - the road tugs RB-406 and RB-407 of the auxiliary forces of the Kamchatka group.

Some experts still doubt the idea of ​​creating a single center for the underwater nuclear forces because of the inexpediency of deploying a strategic fleet in one place. This is necessary to maintain a balance of power, says Konstantin Sivkov, president of the Academy of Geopolitical Problems.

“The missiles fired from the water area of ​​the Northern Fleet will have a different trajectory than the missiles fired from the Pacific Fleet. This means that in order to suppress them, the Americans need to double their anti-missile weapons. This certainly enhances the effectiveness of such a threat. Therefore, half of the Boreyevs should be in the Northern Fleet, half in the Pacific", - explains Sivkov.

However, the Pacific Fleet not only increases its strength, but also dismantles its power to the world.

So by the beginning of December, according to the press service of the Eastern Military District, after successfully completing the assigned tasks, a detachment of ships of the Pacific Fleet returned to Vladivostok as part of the Ilim tanker, the large anti-submarine ship Admiral Vinogradov and the MB-37 sea tug.

The purpose of the combat service of the detachment of ships was, firstly, to ensure the naval presence of the Russian Federation in the waters of the World Ocean, and secondly, the demonstration of the Russian flag in the southeastern Pacific. To realize the goals, the Pacific detachment crossed the equator, after more than 8000 thousand miles, conducted several types of artillery fire on air and sea targets, and also worked out a number of antisubmarine exercises and training. 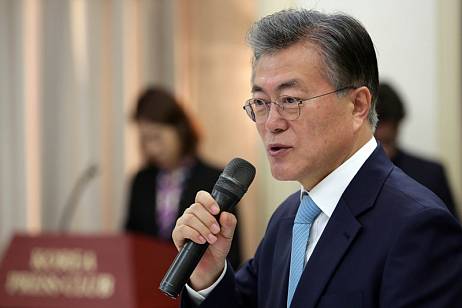