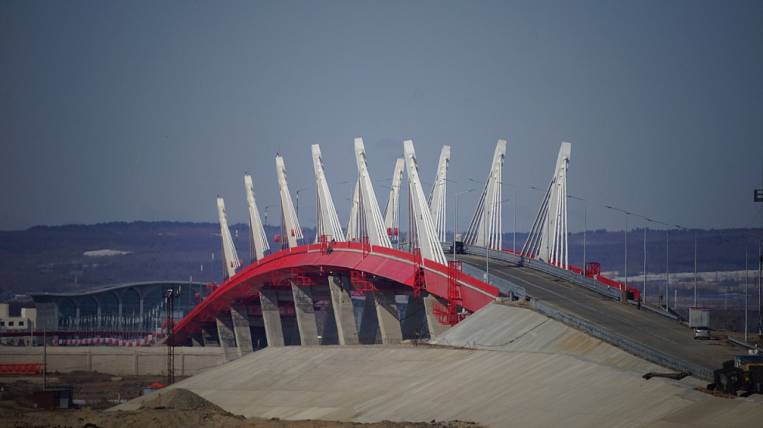 The joint Russian-Chinese company received official permission from the Ministry of Construction and Housing and Public Utilities of Russia to commission the border bridge across Amur Blagoveshchensk - Heihe. It will begin work after removing all restrictions imposed due to the coronavirus pandemic.

The Blagoveshchensk-Heihe crossing is the first automobile bridge between Russia and China. It was erected without attracting budget money - according to the concession model, which provides for the construction and operation of a bridge on a commercial basis for three years of construction and 16 years of operation by levying tolls for the transition. It is planned that 630 trucks, 164 buses and 68 cars will be able to drive through the bridge every day.

According to the press service of the Ministry for the Development of the Russian Far East, the department’s head, Alexander Kozlov, thanked the builders who had been building the facility for almost three years around the clock. He noted that the need for a bridge was discussed for two decades, but did not begin work for a long time. Now the object is fully operational.

The bridge began to be built in 2016, docking occurred May 31, 2019. The main stages of the construction of the Russian part of the transition officially ended in late November last year. The total length of the bridge is more than one km.

On the Chinese side already built a checkpoint. He will appear on the Russian side, but at first it will be temporary. More than 1,6 billion rubles have already been allocated for the facility; a site has been identified for the construction.