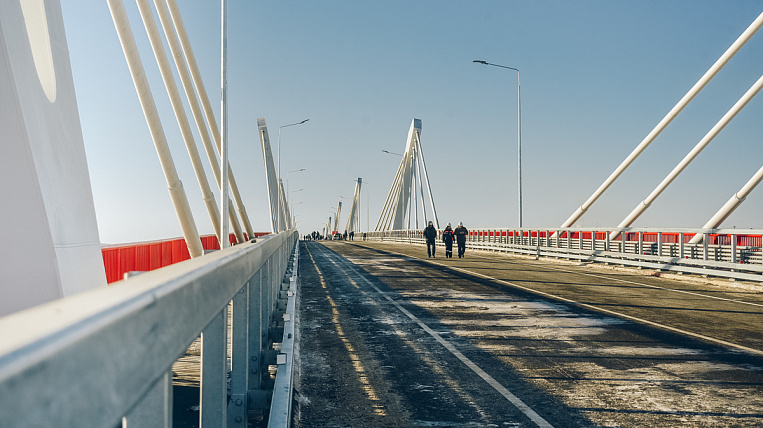 The Blagoveshchensk-Heihe road bridge is technically ready for operation. This conclusion was given by experts of the Far Eastern Directorate of Rostekhnadzor after checking the facility.

"On April 22, 2020, the inspection of the capital construction object" Construction of a border bridge over the Amur River in the area of ​​the cities of Blagoveshchensk (RF) - Heihe (PRC) was completed. The first stage. Road bridge crossing, "the ministry said.

The total length of the bridge crossing is more than one km. With the exception of the French supports, it consists entirely of Russian components. Construction began in 2016, on May 31, 2019, the Russian and Chinese sides docked the bridge.

On the side of Heihe already checkpoint built, he will soon appear on the Russian part of the transition. It is estimated that the bridge's carrying capacity will be 630 trucks per day, 164 buses, 68 passenger cars and about 5,5 thousand people.