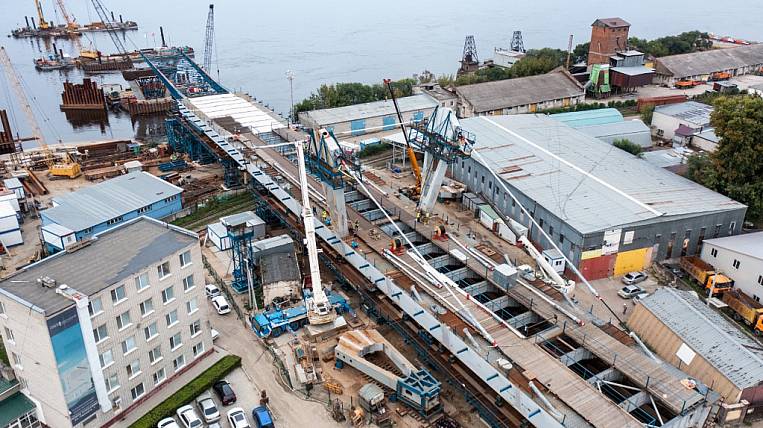 In the Amur Region, the first cables were installed on the bridge under construction across the Zeya in Blagoveshchensk. Despite the damage from the flood, work at the site did not stop and now work is being carried out mainly on the right-bank part of the bridge.

The first shrouds were installed on the pylons of supports # 10. The length of one such structure is 47,5 meters. According to Eduard Davydov, project manager and OP of USK MOST JSC, all elements were produced in Russia. Such a system will become the main for the channel part of the bridge from 8 to 10 piers. The length of the channel span is about 132 meters. The total weight of the cable-stayed structure is more than 52 tons. For one cable, you need to pull from 36 to 50 steel ropes.

Installation is carried out in several stages. First, the pylons are installed, then the metal rope - strands are ponted. Then they are pulled on a certain effort, which is different for each stage. At the end, vandal-proof pipes and cable shrouds are installed.