Protesters: we filed a notice of the action in Khabarovsk 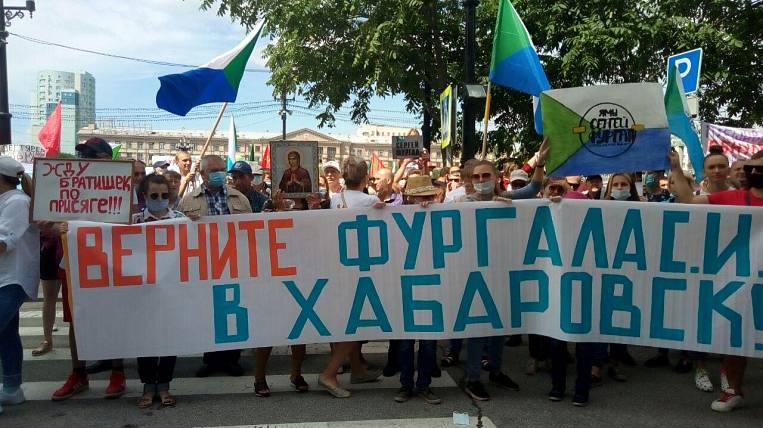 Protesters in Khabarovsk said that they had submitted a notice to the mayor's office about the protest action. The official rally is scheduled to take place on 22 August.

The activists added that they have not received a response yet. According to them, they will demand to cancel the decision to arrest Sergei Furgal and to remove him from his post as governor of the Khabarovsk Territory. If their demands are not met, they threaten to hold a national assembly and elect an interim governor themselves.

The protests in Khabarovsk have not subsided for more than a month. Every evening people go out to the square in front of the regional government building with their demands, then they walk in a column through the main city squares and return to the square. They demand the return of freedom to political prisoners, call for the head of state to resign, and the return of the ex-governor to Khabarovsk for a jury trial.

Saturday passed another mass meeting in the capital of the region. Senator Elena Greshnyakova came out to the protesters, she thanked the participants for their support and noted that Sergei Furgal knew about the support actions.

The protesters declare that will continue promotions until they get a result... On the evening of July 27, to a column of protesters marching along the central streets of the city, the musician joined and, more recently, journalist Sergei Shnurov. He filmed in Khabarovsk film about rallies in support of Furgal.

Subsidization mechanism for Arctic residents to start working in 2021

Chukotka families received about 225 million rubles during the pandemic