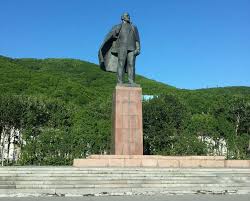 Photo: Press Service of the Government of Kamchatka Krai

The governor of the Kamchatka Territory Vladimir Ilyukhin at the council of the regional Legislative Assembly on human rights and the development of civil society allowed the opportunity to hold rallies in the center of Petropavlovsk, but only in one place. At the same time, deputies are still considering the law on serious restrictions for mass events.

At the end of February, the parliament of Kamchatka began to consider a law on restrictions on holding public events. The deputies want to prohibit Kamchadals from holding rallies in the city center and near administrative buildings. There are also time limits in the new law: the ban on public events may extend from 9:00 to 18:00 on weekdays, as well as weekends, regional and federal holidays. Also, the grounds for refusing to hold a rally will be other events in the places indicated in the applications.

The public categorically opposed the new restrictive measures. At the same time, social activists at the current council were allowed to discuss the bill for the first time.

According to the press service of the regional government, Vladimir Ilyukhin promised to leave one place for the protesters: a platform near the monument to Lenin. But certain conditions will also be imposed on this place.