Ministry for the Development of the Russian Far East: the authorities refused to create a state corporation for the export of timber 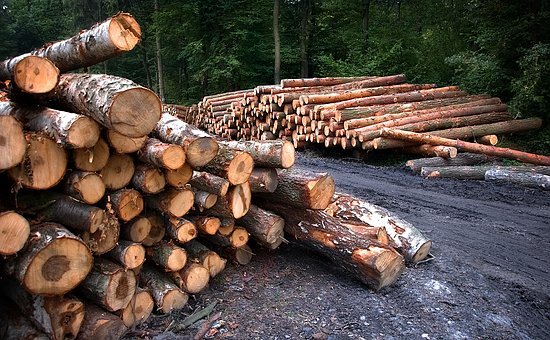 The Ministry for the Development of the Russian Federation said that the authorities had abandoned the idea of ​​creating a single state corporation for the export of timber from the Far East. Earlier, the initiative was opposed by Deputy Prime Minister Victoria Abramchenko.

According to the press service of the Ministry for the Development of the Russian Far East, this was stated by the head of the ministry, Alexei Chekunkov, in an interview with RBC. He explained that in general, the ban from January 1, 2022 on the export of round timber for export for the Far Eastern Federal District is a "sore subject."

“The topic with round timber is apparently closed. For the Far East, this is a sore subject, because in 2020 we exported 4,7 million cubic meters of roundwood worth one billion dollars. The industry employs 8,5 thousand people, together with their families - up to 30 thousand people. Many of them live in villages with nothing else to do. Banning the export of timber is an existential challenge for them, ”he added.

Chekunkov indicated that together with the government of the Russian Federation and the leadership of the regions, the ministry will work to preserve jobs for workers in the industry.

“We will negotiate concessional financing and refinancing of the existing credit load of enterprises in order to somehow hold out until that happy day when processing will correspond to the cutting area they have,” the minister explained.

Now the question of how to quickly create sawmill capacities is being worked out, the mechanism for delivering timber from the Far East to Siberia is being calculated, but this is not cheap.

On the plans of the RDIF and the Ministry for the Development of the Russian Far East become founders of a state company, which will receive the role of "exclusive agent" for the export of round timber from the Far East became known in May. According to Konstantin Lashkevich, CEO of RFP, to ensure transparency of the work process of a unified state-owned company, it is possible to invite other wood processors to join the projectas founders or on the board of directors.

On the need to create gstate monopoly company on the export of round timber, the presidential envoy to the Russian Federation Trutnev said in June during a meeting in Khabarovsk. He clarified that there is already a corresponding instruction from the President of Russia and the issue was discussed with Prime Minister Mikhail Mishustin.


Vladimir Putin has introduced a complete ban on the export of unprocessed softwood and valuable hardwood. The ban will take effect from January 1 2022 years.