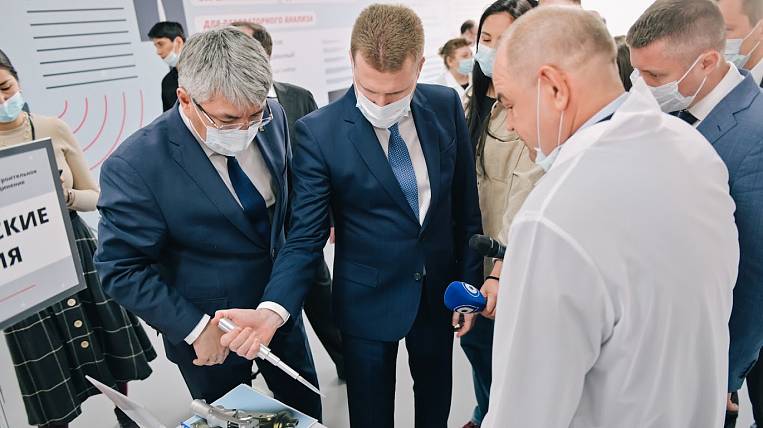 The Ministry for the Development of the Russian Far East will help the Ulan-Ude Instrument-Making Association to enter the Indian market. The company plans to export pipette tips and pipettes themselves.

According to the press service of the government of the republic, recirculators-air disinfectants and ozonizers are also of interest for supplies to the Indian market. The head of the Ministry for the Development of the Russian Far East, Alexei Chekunkov, visited the enterprise today as part of his working trip. He said that it is required that what is produced was at least 75% in demand in India.

“Here's a great example. They can give us credit for a big expansion so that they buy such things in India. We will have events with India within the framework of the Eastern Economic Forum, so we are also ready to support you through our channels through the ministry, ”Chekunkov said.

As the head of Buryatia, Alexei Tsydenov, said, during the pandemic, the Ulan-Ude instrument-making association began to actively develop production products for combating COVID-19 - protective screens for the face, recirculators-air disinfectants for public and industrial premises.

Alexey Chekunkov instructed to consolidate all products manufactured in Buryatia, which may be of interest to India, for further elaboration of financing issues and development of cooperation.

In 2019, India announced that it will provide one billion dollars for the Far East. The money will be directed to the development of the territories. Indian Prime Minister Narendra Modi said at a plenary session of the Fifth Eastern Economic Forum that the $ XNUMX billion credit line is an unprecedented case. The country provides funding because it regards the Far East as a launching pad for further investments.

Additional ventilators will be purchased in Buryatia

Minister of Tourism of Buryatia goes to increase

Federal developer will be engaged in "Dalnevostochny kvartal"