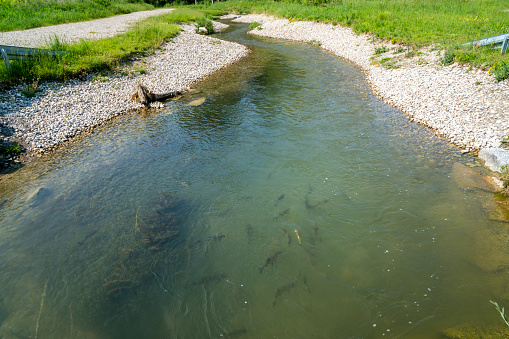 The Ministry of Natural Resources of the Russian Federation will introduce a moratorium on gold mining in the spawning rivers of the Kamchatka Territory. Restrictions have been introduced for the development of alluvial gold areas in the southern and central parts of the region.

According to the press service of the Russian Ministry of Natural Resources, new licenses will not be issued and auctions will be held, including in the basins of the Ozernaya, Opala, Avacha, Khairyuzov, Kamchatka, Vorovskaya rivers. In total, the list includes about 40 rivers in seven regions of the peninsula.

As the head of the Ministry of Natural Resources Alexander Kozlov noted, a number of extraordinary decisions were made this year, which are not regulated by law.

“In particular, the project of the Kronotsky Nature Reserve is being implemented in Kamchatka, the fish are spawning. But everyone knows that for many years the region issued licenses for mining gold in rivers. We made a decision, consulted with the governor and imposed a moratorium on such production until the legislation was changed, ”the minister said.

In addition, according to Kozlov, gold mining will be banned in the area of ​​the tourist cluster "Three Volcanoes". All enterprises that have acquired licenses there will return them to the state.