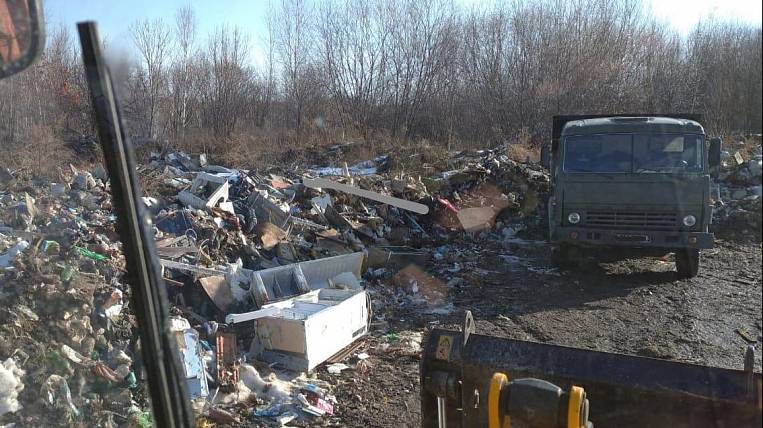 Photo: branch of the Federal State Budgetary Institution "TsZhKU" of the Ministry of Defense for 12 GU MO

The branch "Central Housing and Utilities Administration" of the Federal State Budgetary Institution "TsZhKU" of the Ministry of Defense of the Russian Federation in the Khabarovsk Territory is liquidating a huge unauthorized dump from the forest near the military town of Komsomolsk-on-Amur-31. Military utilities will need at least six months for this.

According to the press service of the branch of the Federal State Budgetary Institution "TsZhKU" of the Ministry of Defense for the 12th GU MO, the work has been underway for a month. To date, more than 60 tons of household waste have been removed, it is necessary to remove another 240 tons of solid municipal waste. Several pieces of equipment are involved in the liquidation, including an excavator and heavy vehicles. The speed of work is influenced by the significant remoteness of the city landfill, located 110 km from the landfill.

The department noted that fires often occur at such landfills, which negatively affects the ecology of the region and the health of residents. The causes of fires are spontaneous combustion, improper disposal of certain types of waste and arson. The military utilities called on the residents of the military townships of the Khabarovsk Territory, the heads of city organizations and enterprises, as well as the commanders of military units to take out the garbage to the places designated for this.