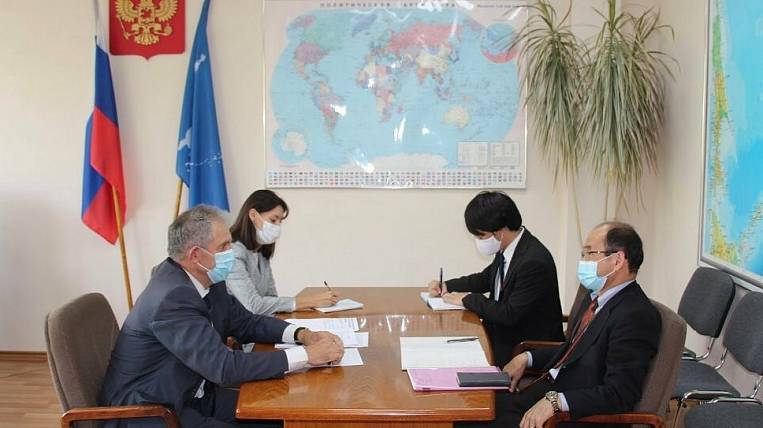 The Russian Foreign Ministry summoned the Consul General of Japan in Yuzhno-Sakhalinsk Kazuhiro Kuno because of the post of his subordinate on Instagram. Takayuki Adachi wrote a post on September 3, the day the end of World War II ended, which the Foreign Ministry described as anti-Russian actions.

Kazuhiro Kuno pointed out the inappropriateness and groundlessness of the Japanese diplomat's statement. He was called upon to take appropriate measures to prevent such anti-Russian actions, as well as to ensure that Japanese diplomats comply with the provisions of the 1963 Vienna Convention on Consular Relations on respect for the laws and regulations of the host state and on the policy of non-interference in its internal affairs.

Since the middle of the last century, the two states have been negotiating a peace treaty following World War II. The stumbling block was the ownership of the southern part of the Kuriles. In 1945, the entire archipelago was incorporated into the Soviet Union, but the Japanese are confident that Iturup, Kunashir, Shikotan and Habomai are their territory. The Russian Foreign Ministry, in turn, has repeatedly stressed that Russian sovereignty over these territories is beyond question.

In November 2018, at a meeting in Singapore, Russian President Vladimir Putin and then Prime Minister of Japan Shinzo Abe agreed to intensify negotiations on a peace treaty based on the Soviet-Japanese Joint Declaration of October 19, 1956. She ended the state of war between the two countries, restored diplomatic and consular relations. The USSR expressed its readiness to transfer to Japan the island of Shikotan and a number of adjacent small uninhabited islands of the Lesser Kuril ridge with the condition of concluding a peace treaty.