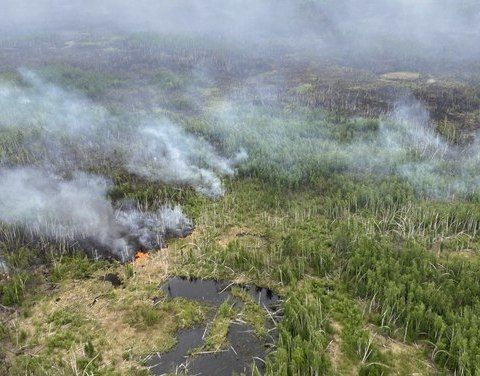 An interregional emergency mode was introduced in Yakutia and the Irkutsk region due to forest fires. The introduction of such a regime will make it possible to more freely maneuver the forces of the federal reserve.

The head of Yakutia, Aisen Nikolaev, spoke about this at a briefing today. It will also allow the Emergencies Ministry to attract more specialists from other regions to extinguish fires and more quickly resolve issues of federal funding.

According to Nikolaev, the decision to introduce an interregional emergency regime on the territory of the two regions was made by the head of the RF Ministry of Emergency Situations Evgeny Zinichev on the proposal of Roslekhoz and with the support of the heads of Yakutia and the Angara region. There is a regime in Yakutia emergency regional character due to the transition of forest fires on the territory of settlements and economic facilities. The area covered by the fire exceeded seven million hectares.