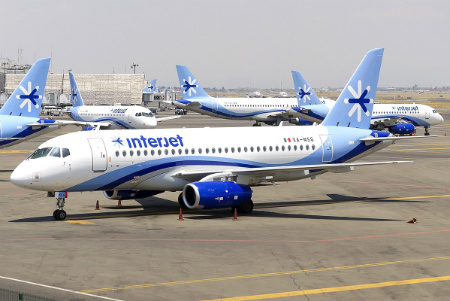 The Mexican airline Interjet is looking for buyers for Russian Sukhoi SuperJet 100 (SSJ 100) aircraft, which are produced in Komsomolsk-on-Amur. Now it is the last foreign airline operating this type of vessel and the second largest operator of these aircraft after Aeroflot.

Mexican airline intention to get rid of SSJ 100 reported "Vedomosti" with reference to sources close to the United Aircraft Corporation, the Ministry of Transport. In the park Interjet 22 Russian aircraft. Two interlocutors of the publication claim that the air carrier wants to sell all of its SSN 100, but other sources say that the airline will be able to sell the 21 aircraft, since one aircraft was damaged at the airport and allowed for spare parts.

According to other information of the publication, Interjet wants to sell only 14 vessels or how many will be. At the same time, GSS helps the airline in finding buyers.

The reason for the sales was Interjet's difficult financial condition. In 2016-2017, the airline gradually stopped paying for GSS spare parts to the engine manufacturer Powerjet. After that, the air carrier stopped supplying components, liners began to fly worse. According to the flightradar24 service, only six SSJ 100 from the Interjet fleet continue to fly, seven more do not fly for more than a year, five are from last fall, three from December of the 2018 on January of the 2019 of the year and the last from March of this year.

Both Russian and foreign companies can buy planes from Mexicans, however, experts say that it is better to ship them abroad for the second lease term, since cheap secondary cars will greatly undermine the production of new SSJ 100.

New panoramas of the cities of the Khabarovsk Territory and Birobidzhan appeared in Yandex.Maps

Checkmate fighters began to be produced in Komsomolsk 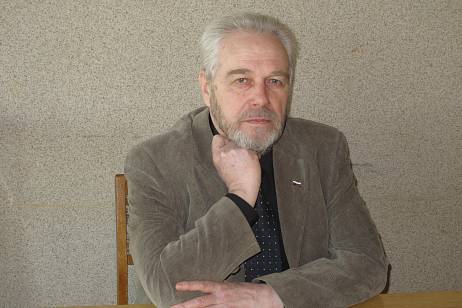