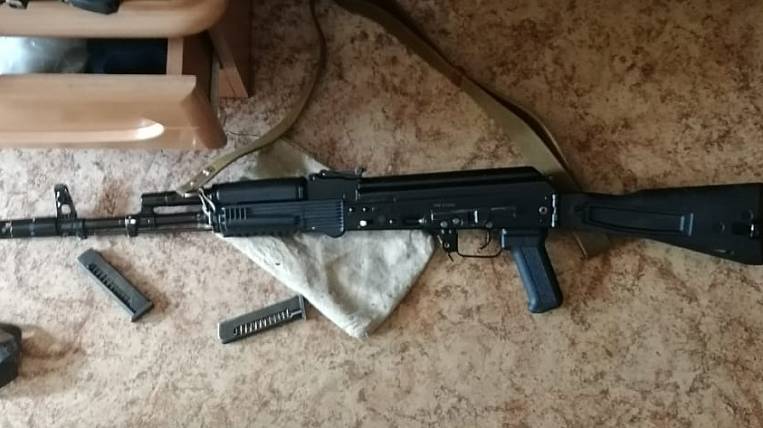 According to the press service of the UFSB of Russia in the Khabarovsk Territory, the illegal weapons were organized in Komsomolsk-on-Amur. The production of combat samples of weapons from blank samples was established by a 39-year-old resident of the city of Youth, but a whole criminal group worked at the workshop.

During the searches, the investigators found out that the modernized model of the "master" was being prepared for sale. Three combat pistols and an assault rifle were found in the apartments of the defendants, which were modernized models of R-411 before modernization. Also, an AK-103 Kalashnikov assault rifle, more than one thousand rounds of various calibers, was seized from one of the defendants. All ammunition was made in a handicraft way. On their own, the attackers also made equipment for making cartridges and upgrading weapons.

All samples are recognized as suitable for combat shooting. A criminal case has been instituted against the organizer of the workshop for the illegal sale, possession of weapons and their main parts of ammunition committed as part of an organized group. The organizer is still under a duty of appearance.