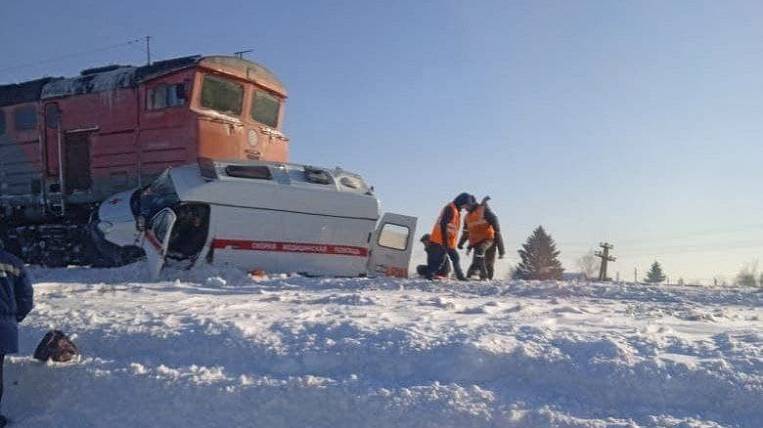 Photo: press service of the EMERCOM of Russia in the Khabarovsk Territory


In the area of ​​Komsomolsk-on-Amur, a locomotive crashed into an ambulance that was crossing the railroad tracks. According to preliminary data, one person died.

According to the press service of the Far Eastern Railway, the incident happened at 13-51 local time at a crossing equipped with an automatic alarm system. She gave prohibitory signals at the moment when the ambulance driver decided to cross the railway track. In addition to the medical staff, there was also a patient in the car.

The locomotive driver noticed the car, gave a signal and tried to brake, but to no avail. As a result of the accident, the paramedic of the ambulance crew died from injuries, the driver and the patient were hospitalized.

According to the press service of the government of the Khabarovsk Territory, they were taken to hospital No. 7 of Komsomolsk-on-Amur. A patient with covid bilateral pneumonia had a cerebral hemorrhage, rib fractures. His condition is assessed as serious, he is on mechanical ventilation in intensive care. The driver was injured of moderate severity - he had a fracture of one rib and pneumothorax.

A tiger was hit by a locomotive in the Khabarovsk Territory