News 29 September 2020
04:00 They want to attract tourists to the Far Eastern Federal District at the expense of a single preferential ticket
The Republic of Sakha (Yakutia) 03:44 An outbreak of coronavirus occurred in a Yakut boarding school
Trans-Baikal Territory 03:31 Families of the executed soldiers demand compensation from Shamsutdinov


Irkutsk Region 03:13 An outbreak of coronavirus occurred in a boarding school in Priangarye
03:00 Coronavirus in the Far East: information on the morning of September 29
Chukotka 02:44 Coronavirus restrictions extended in Chukotka again
02:31 The FPV regime is going to be extended to the entire Far East
Trans-Baikal Territory 02:21 Two schools completely went to distance learning in Transbaikalia


Irkutsk Region 02:11 Irkutsk deputy Levchenko was charged
28 September 2020
18:53 Doctors: Russia is not ready for the second wave of coronavirus
18:11 Popova: we know how to deal with coronavirus without closing anything
Sakhalin Region 16:56 38 new cases of COVID in Sakhalin were found per day
16:04 Forecasters spoke about the upcoming winter in the Far East


15:27 The timing of reaching the plateau on COVID called in Russia
The Republic of Sakha (Yakutia) 15:02 Lensky Bridge entered the national program for the development of the Far East
13:37 5 regions of the Far Eastern Federal District became outsiders of the rating of adherence to healthy lifestyle
12:43 The number of Sberbank clients reaches 96 million people
Trans-Baikal Territory 12:21 The number of additional beds will be brought to 875 in Transbaikalia 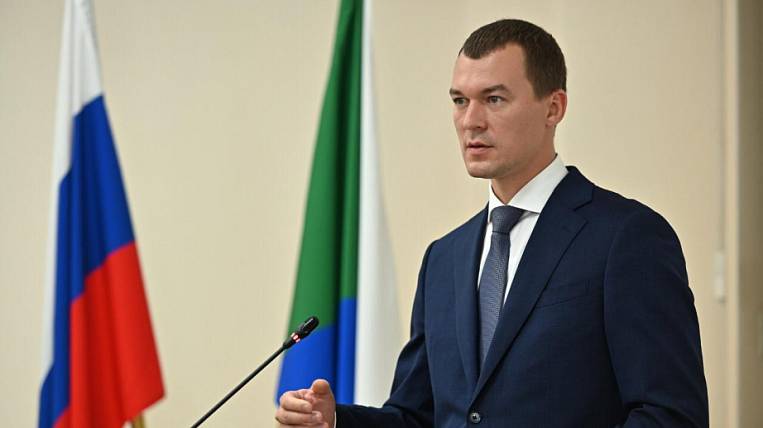 The Liberal Democratic Party intends to nominate the governor of the Khabarovsk Territory Mikhail Degtyarea, who is now the acting head of the region. The party will do this if the court sentences ex-governor Sergei Furgal to imprisonment or prohibits him from holding public office.

About this in an interview with the radio station "Moscow says" said the leader of the Liberal Democratic Party Vladimir Zhirinovsky. He noted that the governor should be in contact with the president, since he is part of the presidential vertical of power and is related to federal structures.

“But we would like the residents to calm down, so that Furgal was released,” Zhirinovsky said.

Sergey Furgal detained July 9 on suspicion of assassination and murder organizations entrepreneurs. By a court decision, the head of the region arrested for two months... Vladimir Putin July 20 removed Furgal from office due to the loss of confidence, and the acting governor appointed a member of the LDPR Mikhail Degtyarev.