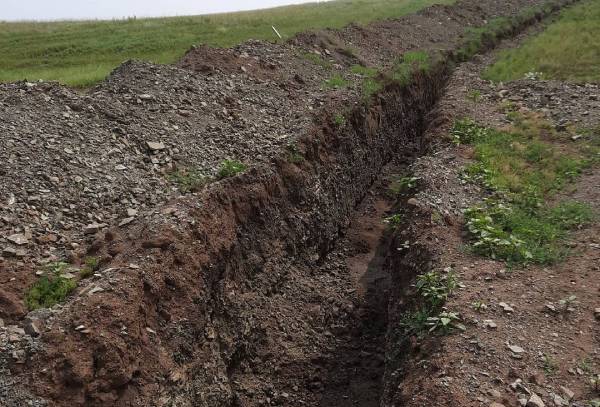 In Buryatia, employees of Burprirodnadzor established the fact of violation of the fertile soil layer. The legal entity that owns the land has dug a four-kilometer trench to a depth of two meters.

According to the press service of Burprirodnadzor, damage to land was found near the village of Beloozersk in the Dzhidinsky district. All work was carried out illegally, the fertile soil layer was destroyed, which is an environmental offense. The department added that one centimeter of such soil is restored up to 100 years.

Now the legal entity has been sued for damages and taking measures for land reclamation. The department added that the fertile soil layer is destroyed when trawling wood, filling the soil with concrete or asphalt, pouring other soil on top and during other similar work.

At the same time, according to Russian laws, criminal liability is also provided for damage to land if harm is caused to human health or the environment. The maximum violation is five years in prison.