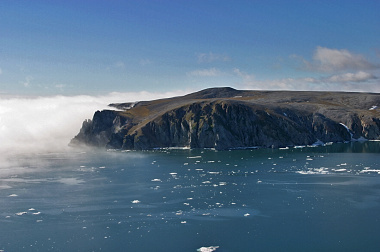 In the Chukotka Autonomous Okrug, we have developed proposals that can be included in the concept of development of cruise tourism in Russia until 2035. Among them, the construction of a tourist cluster for the reception of cruise tourists in Pevek, including the passenger terminal and hotel.

According to the press service of the district government, the proposals were developed on behalf of the regional governor Roman Kopin. Already, tour operators are showing interest in Chukotka in connection with the appearance of the world's first floating nuclear power plant, the Academician Lomonosov.

Among the proposals are the organization of a regular Anadyr-Pevek passenger-and-freight flight with access to settlements, the development of port passenger infrastructure and the construction of the Northern Sea Route Museum in Anadyr. About 1,5 thousand cruise tourists come to Chukotka annually, mainly from the USA and Europe, in the future they intend to increase their number to 15 thousand.