PM09:45 FAS found violations in the supply of aviation kerosene in Yakutia, Kolyma and Sakhalin
Amur Region PM09:15 Gas pipeline construction began in the Amur Region
Primorsky Krai PM08:40 Direct flights will be launched from Vladivostok to Egypt and the UAE
Primorsky Krai PM08:20 More than 230 TAP are ready to deploy in Vladivostok
PM07:40 A new reform of housing and communal services is planned to be carried out in Russia

20 September 2021
PM12:01 For the first time in 10 years, the price for one kg of buckwheat exceeded 100 rubles
PM11:32 Primorsky power engineers step up the fight against electricity theft
More news
Media News2 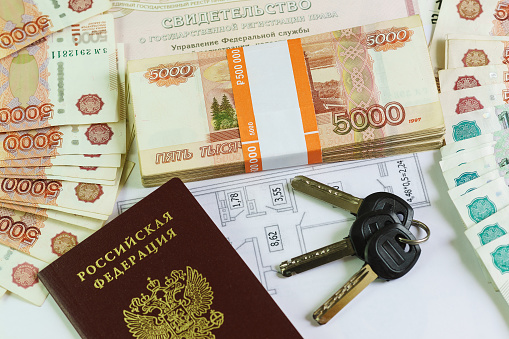 The Accounts Chamber of the Russian Federation admitted the emergence of a crisis due to preferential mortgages. The accelerated growth of mortgage lending may lead to a decrease in the affordability of housing.

This is stated in report Accounts Chamber. The document indicates that the higher debt burden of the private sector increases the likelihood of crises. At the end of 2020, the volume of mortgages issued amounted to 4,3 trillion rubles, which became an absolute record in the history of housing lending. This was facilitated by state preferential programs and a decrease in interest rates on loans.

The department proposed to issue mortgages only to those who really need, and also to adjust the preferential program when it is extended after July 1. The Accounts Chamber recommends allowing Russians to use the program only once.

The Bank of Russia stands for termination of preferential mortgages at 6,5%... Otherwise, the mortgage will lose its socially oriented character. The head of the Central Bank Elvira Nabiullina believes that the need to extend the preferential mortgage is only in 24 regions of Russia. The Far East is not on this list.