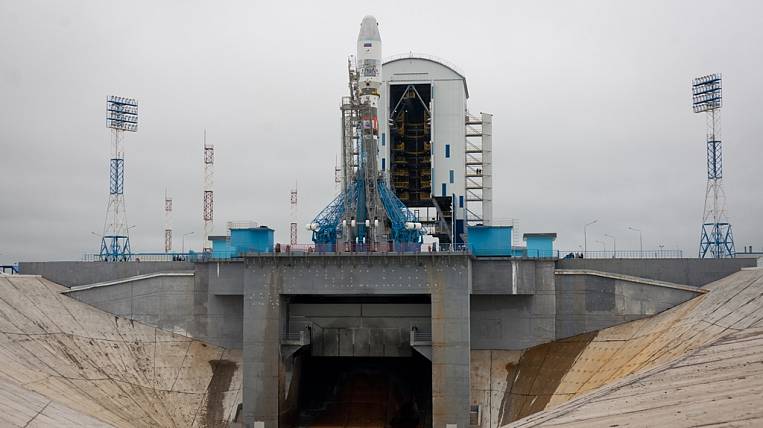 This week, President Vladimir Putin and Prime Minister Dmitry Medvedev will discuss the problems of the Vostochny Cosmodrome in the Amur Region. According to the results of the meeting, the president can decide on the replacement of the existing construction contractor - the Kazan Production and Construction Association (PSO) - with the Military-Construction Complex public law company (PPK), which is now being created in the structures of the Ministry of Defense.

As reported "Vedomosti" referring to sources, the current pace of construction does not suit the country's government: they believe that there should be much more workers and equipment at the construction site in order to prevent the timing of the first launch of Angara from shifting beyond the 2023 of the year. That is why an option arose to attract the military to the construction site.

Deputy Prime Minister Yury Borisov, who oversees the space industry in the government, did not rule out the possibility that the Defense Ministry’s defense industry complex could become Vostochny’s contractor in an interview with Vedomosti. However, the leadership of Roscosmos does not like such changes: the state corporation has no reason to break the contract with Kazan; when transferring the contractor's functions, the PPK will have to re-register the land for development by the Ministry of Defense and spend time on it. In addition, Roskosmos and Kazan signed a contract for the supply of technological equipment, and its break is fraught with a delay in the commissioning of the facility. All this can shift the lines of construction that the government is worried about.

The construction of the second launch pad at Vostochny Cosmodrome was estimated at 39 billion rubles. At the same time, in March, Roscosmos discussed the conditions of work at the facility with three companies - Stroytransgaz Gennady Timchenko, Stroygazmontazh Arkady Rotenberg and Crocus, which is part of Crocus Group Aras Agalarov. In the spring, it was reported that Kazan will not be able to do the work due to financial problems and other circumstances.