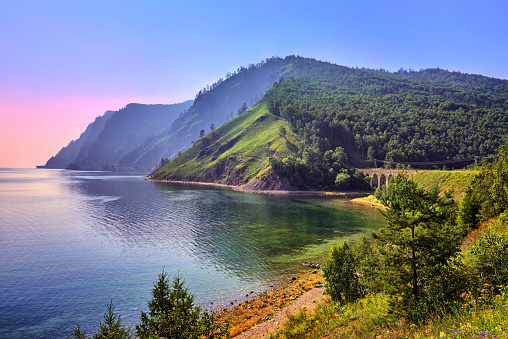 The concept of the integrated development of tourist areas was defined in Buryatia and the Irkutsk region. Corporation "Tourism.RF" will soon start developing master plans.

According to the press service of the Russian government, five tourist areas will be developed in the Irkutsk region and the Republic of Buryatia. A single master plan will be developed for the two regions, which will affect the natural area of ​​385,4 thousand square meters. kilometers with a population of 2,4 million. Development will be given to the Tunkinskaya Valley, Olkhon Island, the territories of Irkutsk - Taltsy, Baikalsk - Vydrino and Turka - Goryachinsk.

As noted by Deputy Prime Minister Dmitry Chernyshenko, these are the most attractive places for travelers.

“The development plans developed by Tourism.RF take into account the interests of the region and local residents, and have a significant social effect. They will allow not only to increase the flow of tourists to the regions, connect territories, reveal their identity and create conditions for all-season recreation, but also create additional jobs, increase budget revenues, ”he said.

As part of the concept, a new airport in Irkutsk will be built and the airport in Ulan-Ude will be modernized. It is also planned to develop small aircraft and water communications. Thanks to the development of the Baikal territories, almost 16 thousand jobs will be created in the Irkutsk region, and more than 16 thousand jobs in Buryatia.

Tours to Ruskeala Park: a look at Karelia from a new perspective