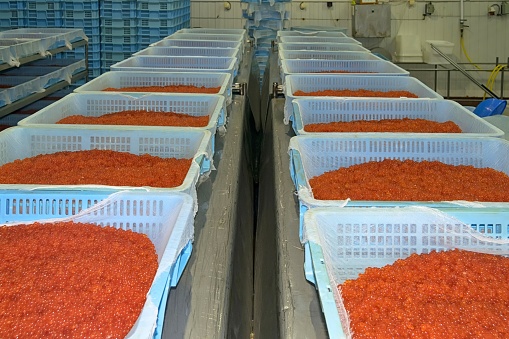 The illegal export of salmon caviar with the help of a high-ranking policeman was organized in Kamchatka. The caviar was taken out on passenger planes as baggage.

According to the press service of the RF IC for the Kamchatka Territory, three men and a woman thought up the criminal scheme. One of the heads of the Kamchatka line department of the Ministry of Internal Affairs of Russia in transport became their accomplice.

According to the investigation, from July to September of this year, they bought caviar from poachers, packed it into cuboteiners and took it out with the help of random passengers who agreed to take an extra piece of luggage.

Three suspects were detained while trying to take out 1,7 thousand kg of illegal caviar worth about five million rubles.