The club of history lovers in Chukotka opens its 4 season

After a summer break in the capital of Chukotka, the Saturday Historical Club resumes its work. As reported in the Museum Center "Heritage of Chukotka", on the basis of which, as before, the events will be held, interesting pages of the history of Russia and Chukotka, different points of view on controversial and problematic issues will be discussed. APR PRESS with reference to the press service of the district administration.

The framework of the lecture hall will cover a large time period from the beginning of the 20th century to the present day, revealing not only the interrelations between the historical periods of Russia and the USSR, but also the problems of social and cultural development of the Chukotka Autonomous Region, the contribution of people to this process.

- Visitors to the club will have the opportunity to remember famous people of the XNUMXth century, in particular, Pyotr Stolypin, Nikita Khrushchev, Yuri Gagarin, Konstantin Rokossovsky. The organizers will also remind about famous people of Chukotka: Ivan Rultytegin, Yuri Rytkheu, Timofey Elkov and many others, - said Olga Rastorgueva, director of the Chukotka Heritage Museum.

Club meetings are always accompanied by presentations and mini-exhibitions. When covering the pages of the history of Chukotka, it is planned to use the materials of the exhibition halls and the fund collection of the Museum Center, including documents, photographs, ethnographic exhibits, bone-cutting and decorative-applied arts, books.

Opening of the fourth season of the club's work will take place on the next Saturday, October 18. The theme of the meeting will be the First World War. 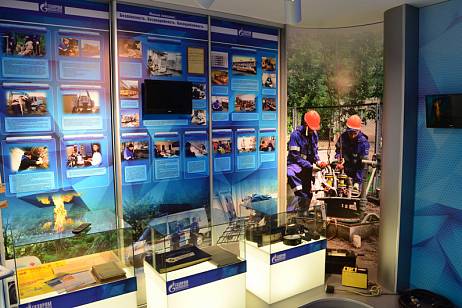