News October 18 2021
07:45 Минздрав обновил временные рекомендации по лечению COVID-19
07:30 The maximum size of "children" will exceed 30 thousand rubles in 2022
Sakhalin Region 07:00 Families of those killed during the cyclone will receive 500 thousand rubles each on Sakhalin 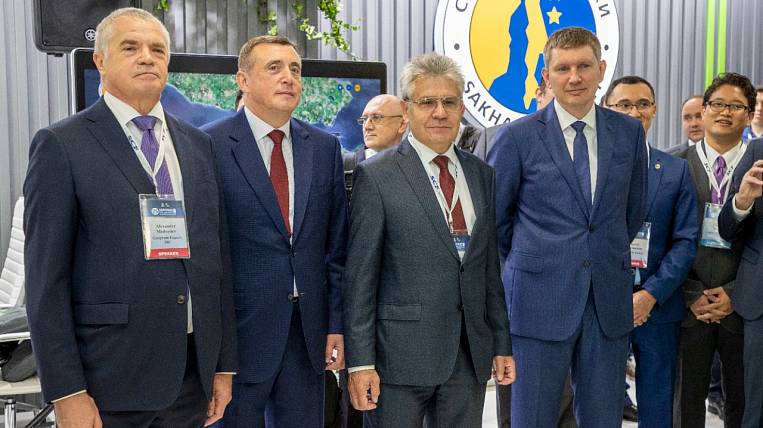 Photo: Press Service of the Government of Sakhalin Region
Achieving carbon neutrality in 2025 is an ambitious goal set by the Sakhalin Oblast authorities. The region's desire to reduce greenhouse emissions as part of a climate experiment is supported by the federal government: the Minister of Economic Development of the Russian Federation Maxim Reshetnikov has indicated his interest.

Now the Cabinet is working on creating a set of regulations - they want to approve them by the end of this year, so that Sakhalin gets a real legal mechanism for work. “As early as 2022, we will be able to begin the process of verifying climate projects in accordance with Russian standards. [They] are made on the basis of internationally recognized standards, ”said the head of the Russian Ministry of Economic Development Maxim Reshetnikov at a meeting held in Yuzhno-Sakhalinsk.

The new system will make it possible to indicate the status of carbon projects - Rosaccreditation will help in the development of verification standards. At the national level, the project for financing green business is already ready - VEB.RF is a partner, and Russian President Vladimir Putin previously instructed to develop a package of documents that will become detailed regulations for interaction between government and business in all areas, from fuel production and production to transport and forestry. farms. The legal framework will enable the Sakhalin Oblast to become the first Russian region to become carbon neutral by the end of 2025.

“This is an important mission that imposes a special responsibility in addressing issues on the global climate agenda. We intend to achieve a balance of emissions and absorption of greenhouse gases and for this we are implementing programs for gasification, development of alternative energy and "clean" transport, energy efficiency and sustainable forest management. The experience gained on Sakhalin will subsequently be extended to the entire country, ”said Governor of the Sakhalin Region Valery Limarenko.

Already, Eastern Mining Company, Sakhalin Energy, Exxon Neftegas Limited and other producing corporations, including those working in the oil and gas sector, are ready to join the pilot project to reduce the carbon footprint of products. All of them develop and announce their own "green" projects, which are supported by the government of the island region.

“I want to emphasize the attitude of companies, especially global ones, present on Sakhalin: they understand that a low-carbon agenda is a reality of today and, naturally, a guideline for the future. Company representatives are involved in preparatory work, and quite actively - in the development of methodological approaches to the allocation of quotas. This is very good, because it is they who know the intricacies of the production process, give comments on what should be taken into account, and what may be the average industry characteristics by which companies should be rated and allocated quotas. The essence of the carbon market lies in the fact that the one who throws out more must buy quotas, and those who have specific emissions less than the accepted norm can sell quotas, Dinara Gershinkova, a representative of the Governor of the Sakhalin Region on climate issues, told EastRussia.

According to the expert, the communication of business representatives with the regional authorities is constant: the parties interact t within the framework of the working group. “The business has a constructive attitude, and this is very encouraging. Globally, more than 120 countries have committed to achieving carbon neutrality, and in neighboring Japan, 400 cities have such plans. Therefore, in these countries, there is a growing demand for low-carbon products, or for offsetting those emissions associated with its production. For example, today at the Sakhalin Oil and Gas-2025 Far East Energy Forum, an agreement was signed on the supply of carbon-neutral LNG. The emissions associated with its production have been offset by plantations in other countries. In order for our companies to implement these projects not abroad, but in our country, a regulatory framework will soon be formed at the federal level, and projects will be implemented throughout the country, ”Gershinkova emphasized.

The status of a carbon-neutral region will bring additional bonuses and investment attractiveness of Sakhalin. “Investors are very important motivators for change. Global investment communities and financial institutions are gradually ceasing to invest in projects with a high level of emissions (for example, coal) - because in the long term such investments become risky: the demand for coal will gradually decrease. But Sakhalin has something to respond to new challenges: we have natural gas, programs for the development of hydrogen and renewable energy have been adopted, the adviser to the governor summed up.

Gasification of the Sakhalin Region is one of the most important stages of the climate experiment, which was announced by the head of the region, Valery Limarenko. In five years, they want to stretch about 1,2 thousand kilometers of gas pipelines on the islands, bring blue fuel to 35 thousand houses and at least one and a half hundred boiler houses and enterprises. And for remote settlements, autonomous gasification will be organized through the delivery of LNG. By 2025, Sakhalin and the Kuriles are planned to be gasified by 100 percent, and this will halve greenhouse gas emissions from heat production. 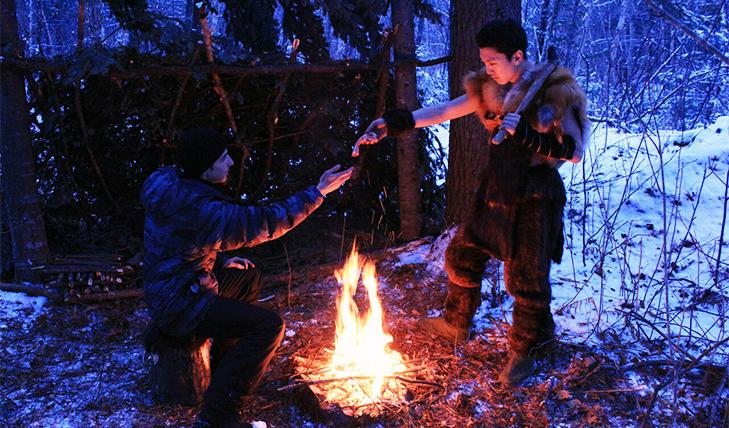